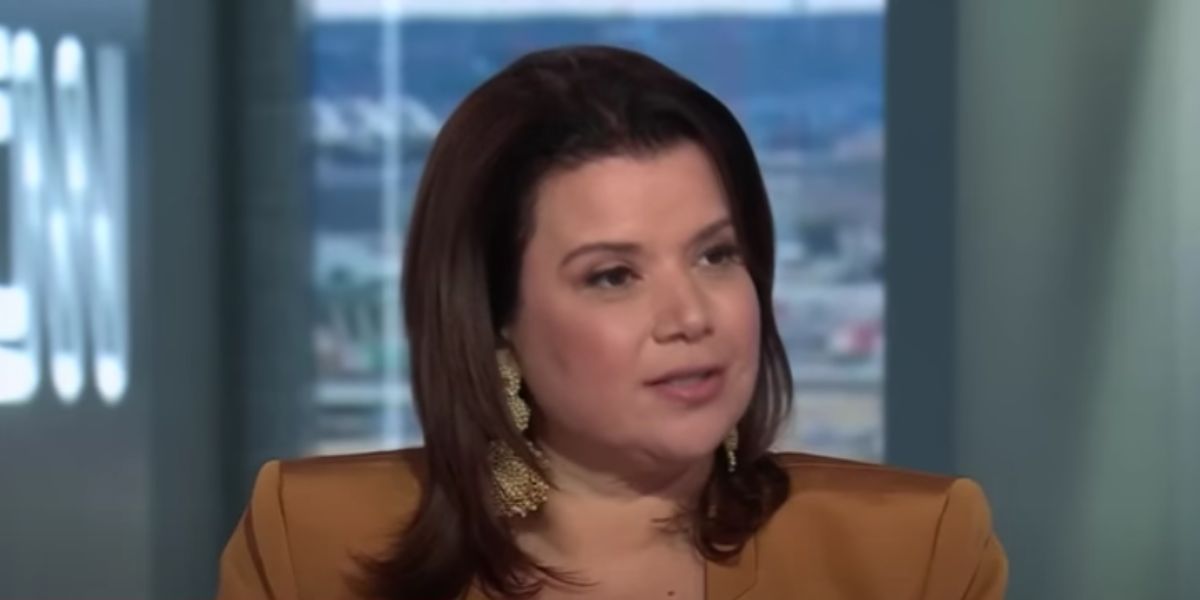 But some Democrat mouthpieces in the press are having a hard time accepting DeSantis’ landslide victory.

And you’ll be seeing red over the jaw-dropping accusation one CNN political commentator just made against Ron DeSantis.

But Democrats failed to stop the red wave in Florida.

DeSantis and the GOP also flipped traditionally Democrat-heavy or Democrat-leaning counties across the Sunshine State, in some cases by double digit margins.

And the left-wing partisans in the press are in a frenzy over it.

During a panel discussion on CNN, political commentator Ana Navarro stooped to a new low by accusing DeSantis of “gaming the system.”

“Ron DeSantis barely won in 2018, by 35,000 votes, by the skin of his teeth against a black progressive little known mayor from Tallahassee, Florida,” Navarro began. “Yesterday he won by 20 percentage points, why?” she asked, before answering her own question with “because he gamed the system.”

“Because he turned Florida into an unlevel playing field,” she added.

CNN spent the past year-and-a-half parroting the Democrat narrative that anyone who questions any election results in a dangerous threat to democracy.

But now that the Midterms have passed and Democrats outperformed expectations, apparently it’s now ok to question election results.

Navarro slammed DeSantis over the legislation.

“They changed election laws, making it harder to vote by mail,” she ranted. “They paraded a bunch of people – black people, that they arrested for voting fraud, and paraded them in front of national media,” she continued, before adding that “he created an election police.”

“What do u call passing laws changing vote by mail/curtailing Early Voting? What do u call creating an unnecessary Election Police and making sure some Black voters got arrested for cockamamie voting charges later dismissed in Court? What do u call redistricting FL to benefit GOP,” Navarro asked.

DeSantis Press Secretary Bryan Griffin called out Navarro for spreading lies in a comment on the post.

“Nothing ‘curtailed’ early voting,” he wrote. “Absentee ballots are still available upon request,” he continued, adding that “convicted felon murderers or sex offenders are not eligible to vote & no charge has been dismissed on the merits.”

-Nothing 'curtailed' early voting
-Absentee ballots are still available upon request
-Convicted felon murderers or sex offenders are not eligible to vote & no charge has been dismissed on the merits https://t.co/c6X3urMNjB

Democrats can no longer get away with ballot harvesting schemes and other election shenanigans in the Sunshine State.

And the leftists in the press are throwing a temper tantrum over it.