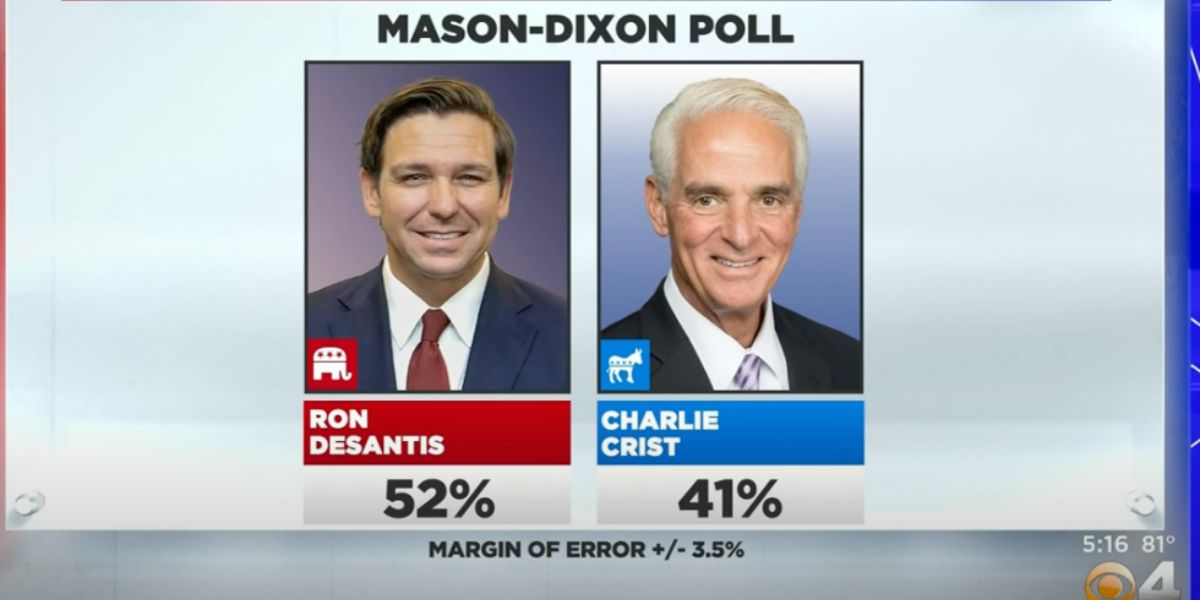 The Midterm elections are coming up in less than five weeks.

Vote-by-mail ballots have been mailed out to Floridians.

And Ron DeSantis just received this surprising news that has Charlie Crist and the Democrats sweating bullets.

Since his election in 2018, Ron DeSantis has become the most popular Republican elected official in the country.

DeSantis gained rock star status during the pandemic for his bold stance against Fauci’s lockdown order and mandates.

The Florida Governor also became a conservative hero by standing up and taking on the Left’s woke ideology.

DeSantis’ rise to stardom also made him a top enemy of the Democrats and corporate-controlled media, who view him as a potential threat to Joe Biden in 2024.

Democrats selected former Governor and Congressman Charlie Crist as the Party’s nominee to take on DeSantis this fall.

But with less than five weeks until the Midterm elections, the chance of defeating DeSantis is looking more and more bleak for Democrats.

On the fundraising side, DeSantis is crushing Charlie Crist, raising more than $218 million for his reelection campaign.

This is 12 times more than the $17 million raised by Charlie Crist.

And now the first poll released since Hurricane Ian’s landfall is even more bad news for Crist and the Democrats in Florida.

It also showed DeSantis with a 55 percent approval rating.

The poll also showed Ron DeSantis is on path to achieve his goal of turning Florida from a swing state into a solid Red state in November.

DeSantis holding a double-digit lead over Crist with less than five weeks to go is a five-alarm fire for Democrats.

Florida’s races for Governor have historically been determined by razor-thin margins.

The last time a candidate in Florida won by double digits was Jeb Bush in 2002, when he won re-election to a second term by 13 percent.

Democrats were hoping to seize on the damage from Hurricane Ian to attack DeSantis and bring down his numbers.

But their efforts fell flat, as DeSantis is leading by double digits in the first poll taken since the storm.