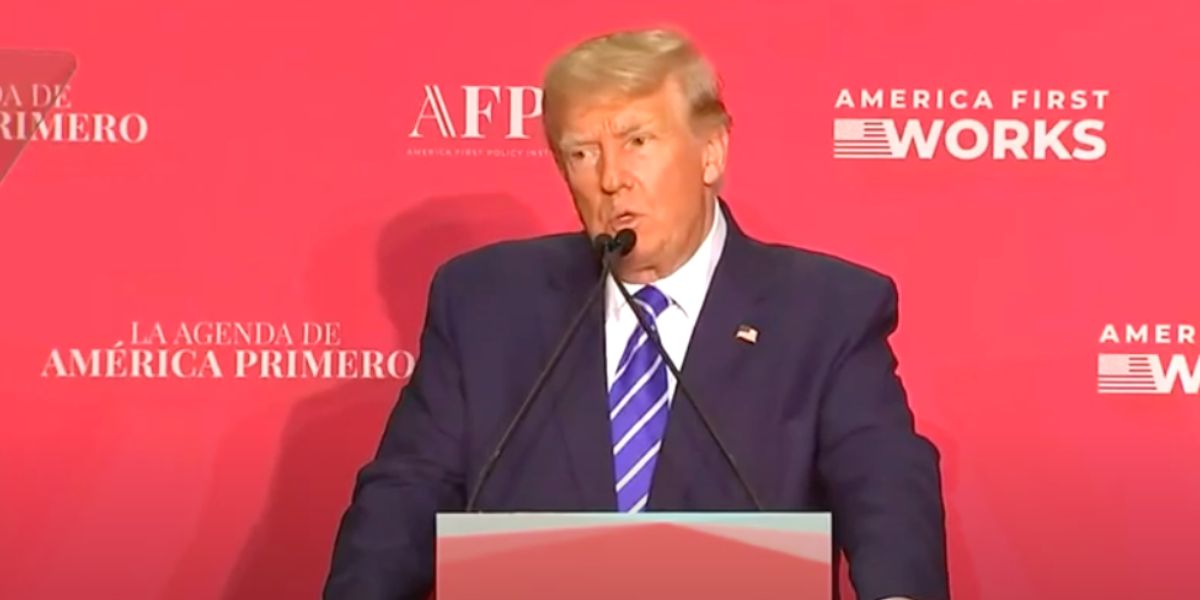 Donald Trump and Ron DeSantis are the two Republicans who the Democrats and media fear the most.

They view them as their biggest threat to power in 2024.

But Donald Trump just said four words about Ron DeSantis that has the corporate-controlled press in an uproar.

Outside of Donald Trump, no other Republican enjoys the level of support among GOP voters as Florida Governor Ron DeSantis.

Polls show DeSantis would be the clear choice for the Republican Presidential nomination if Donald Trump decides not to run again in 2024.

With the left-wing media’s attacks failing to damage Trump or DeSantis, they launched a plot to start a feud between them over the 2024 nomination.

On Wednesday, Trump delivered the keynote address at the Hispanic Leadership Conference in Miami.

With Hurricane Ian in the national news, the Fake News Media was hoping Trump would say something to help fuel their narrative about the feud with DeSantis.

Trump spent most of his speech ripping Joe Biden for turning America into a “land of recession and probably depression” and for weaponizing the Justice Department to go after him and his supporters.

“They’re targeting me because they want to silence me, silence you, and silence our amazing ‘Make America Great Again’ movement,” Trump said.

Donald Trump also discussed Hurricane Ian and the damage it inflicted on the Sunshine State.

The former President offered “boundless sympathy and love” for everyone affected by the storm and thanked all the first responders helping in the recovery efforts.

“We also thank God for the Coast Guard, and the National Guard, and law enforcement always, and first responders and countless others who have stepped forward in this time of need,” Trump said.

Trump thanked Ron DeSantis for his response to Hurricane Ian and praised him for a job well done, saying “God bless our Governor.”

“And God bless our Governor and all of the Mayors,” Trump continued. “They’re all working so hard, and they’re heroes, and we’re going to get through this in Florida.”

The left-wing media has been trying to start a feud between Donald Trump and Ron DeSantis for several months.

Both Trump and DeSantis have repeatedly denied the allegations.

But Donald Trump just blew the lid off their phony narrative.