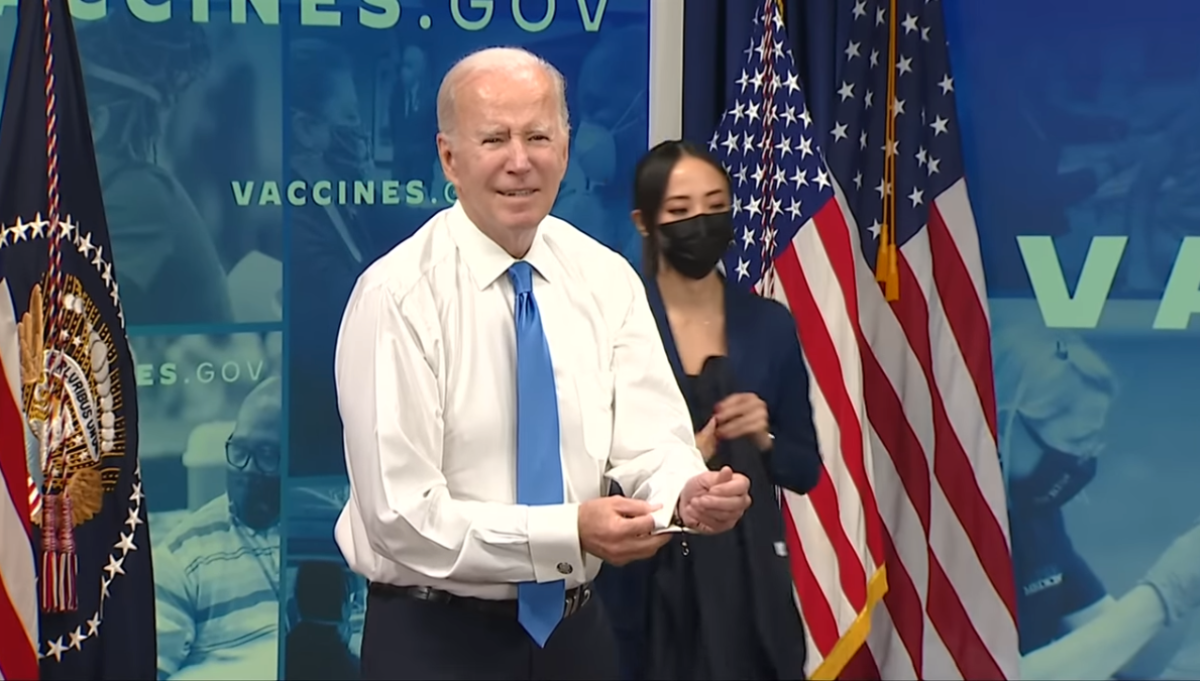 Ron DeSantis is one of Joe Biden’s top enemies.

Biden is headed down to Florida on November 1 to try to help Charlie Crist make DeSantis a one-term Governor.

But Joe Biden threw his hands up in frustration when he saw these brand new poll numbers out of Florida.

After pausing his campaign to lead the recovery efforts in the aftermath of Hurricane Ian, Ron DeSantis is back on the campaign trail in the final days before voters head to the polls.

Charlie Crist is desperately searching for a way to gain ground on Ron DeSantis before November 8.

But it’s not looking good for Crist.

And the polls continue to show DeSantis pulling further ahead of Crist.

DeSantis is leading Crist by 11 points among voters who self-identified as Independents.

Only four percent said they remained undecided, which leaves Charlie Crist with virtually no chance of picking up enough support to defeat DeSantis on November 8.

“Given DeSantis’ historic fundraising and popularity among Republicans, his lead in this race is not surprising,” UNF pollster and professor of political science Michael Binder said. “The surprise in these numbers is that a statewide race in Florida is closer to a blowout than a recount.”

The poll wrapped up on Monday, October 17, the same day the one and only debate took place.

This means that most respondents were unlikely to have viewed the debate before answering the survey questions.

DeSantis showed up at the debate prepared and ready to destroy Charlie Crist.

On the other hand, Crist failed to do any damage to DeSantis during the debate.

Since the poll ended before the debate, DeSantis is likely leading Crist by more than 14 points given his stellar performance Monday night.

Not only is DeSantis expected to get re-elected to a second term, but he’s currently on pace to achieve his goal of winning by a large enough margin to turn Florida into a solidly Red state.

Joe Biden was hoping Charlie Crist could take care of Ron DeSantis for him.

But Ron DeSantis is cruising toward victory.

And the Florida Governor is stronger and more popular than ever before.