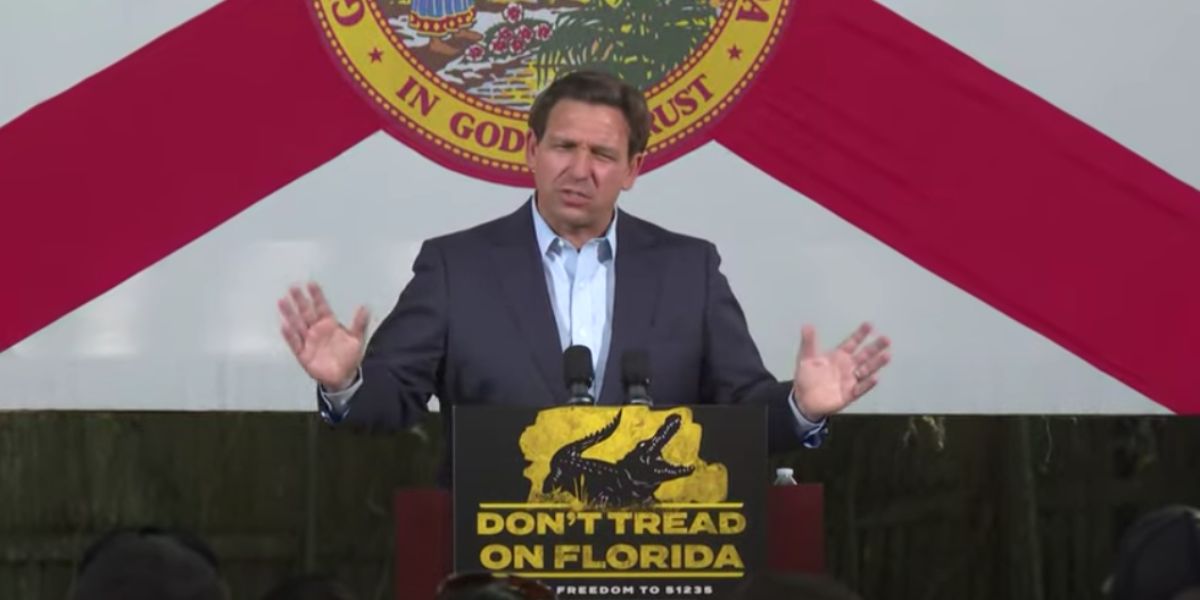 Joe Biden and the Democrats keep running into the buzzsaw that is Florida Governor Ron DeSantis.

The Left just refuses to learn their lesson.

And Ron DeSantis turned the tables on Joe Biden by stating one explosive fact.

Joe Biden delivered the Democrats closing campaign message. once again falsely claiming that American democracy will cease to exist unless voters hand Democrats control of government at the state and federal levels.

Ron DeSantis pointed out the absurdity of Democrats’ argument that democracy can only survive in one-party rule.

“And now he’s been on this kick where he claims that people who don’t support him are somehow ‘threats to democracy.’ That’s the new thing that they’re saying,” DeSantis declared.

DeSantis told the truth, which is that Democrats are the real threats to democracy due to the fact that the Left’s stated goal is to end competitive elections in America and lock conservatives out from ever holding power.

Governor DeSantis noted that it is Democrats who want to pack the Supreme Court and create a permanent liberal majority.

DeSantis ripped Democrats for pushing a scheme that will allow massive voter fraud by mandating every state to adopt ballot harvesting while eviscerating voter ID laws.

“So you tell me who’s the threat when you’re trying to take a sledgehammer to our Constitutional system,” DeSantis added. “Not only do they want no voter ID, they want to couple that with forcing every state to allow ballot harvesting.”

The American people understand this reality, which is why polls show voters split on what exactly a threat to democracy means.

Once again Democrats are guilty of the crimes they accuse Republicans of committing.

Democrats say Republicans are a threat to democracy, but it is the Left who wants to end America’s Constitutional order and system of free and fair elections.