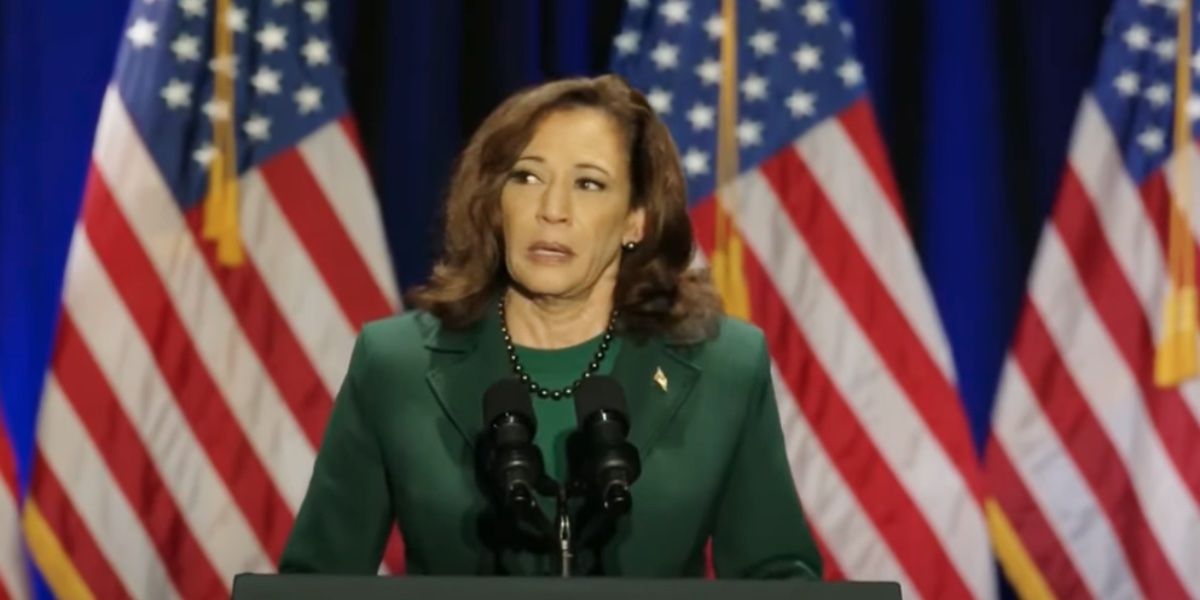 The Biden administration has attacked Ron DeSantis several times over the past two years.

But Harris delivered this punch from inside the Sunshine State.

And Kamala Harris just visited Florida and made one jaw-dropping accusation against Ron DeSantis.

January 22 would have marked the 50th anniversary of ‘Roe’ v. Wade, which made abortion-on-demand federal law in all 50 states.

However, last June the Supreme Court struck down Roe and returned the issue of abortion back to the individual states.

Since abortion-on-demand is a sacred right in the Democrat Party, the Left erupted into a fury over the Supreme Court’s decision to overturn Roe.

Violent left-wing extremists have attacked and firebombed dozens of pro-life organizations and crisis pregnancy centers in response to the decision.

Democrats are trying to codify Roe into federal law and fighting back against attempts at the state level to ban or restrict access to abortion.

On Sunday, Kamala Harris delivered a speech at a radical pro-abortion rally in Tallahassee, Florida, where she called abortion a “fundamental, Constitutional, right of a woman to make decisions about her own body.”

“Can we truly be free if families cannot make intimate decisions about the course of their own lives?” Harris said, which is ironic given her strong support for vaccine mandates.

She then took a shot at Ron DeSantis for calling Florida a “vanguard of freedom.”

“And can we truly be free if so-called leaders claim to be, quote, I quote, ‘on the vanguard of freedom,’ while they dare to restrict the rights of the American people and attack the very foundations of freedom,” Harris said.

WATCH: at the Vice President’s abortion rally in Tallahassee, Kamala Harris says Governor Ron DeSantis is restricting the rights of the American people and attacking the foundation of freedom pic.twitter.com/bV4lGxuThM

“The right of every woman, in every state in this country to make decisions about her own body is on the line,” Harris declared. “I’ve said it before and I’ll say it again: How dare they,” she continued, before adding, “How dare they?”

Harris ended by demanding Congress “pass a bill that protects the freedom and liberty of reproductive rights.”

At the same event Harris claimed to be standing up for bodily autonomy, she required an “attestation of vaccination” to be signed by attendees.

The form said attendees who are not fully jabbed must complete a COVID-19 test “at most 3 days prior to the event,” wear a mask during the event, and maintain “proper social distancing” at all times.