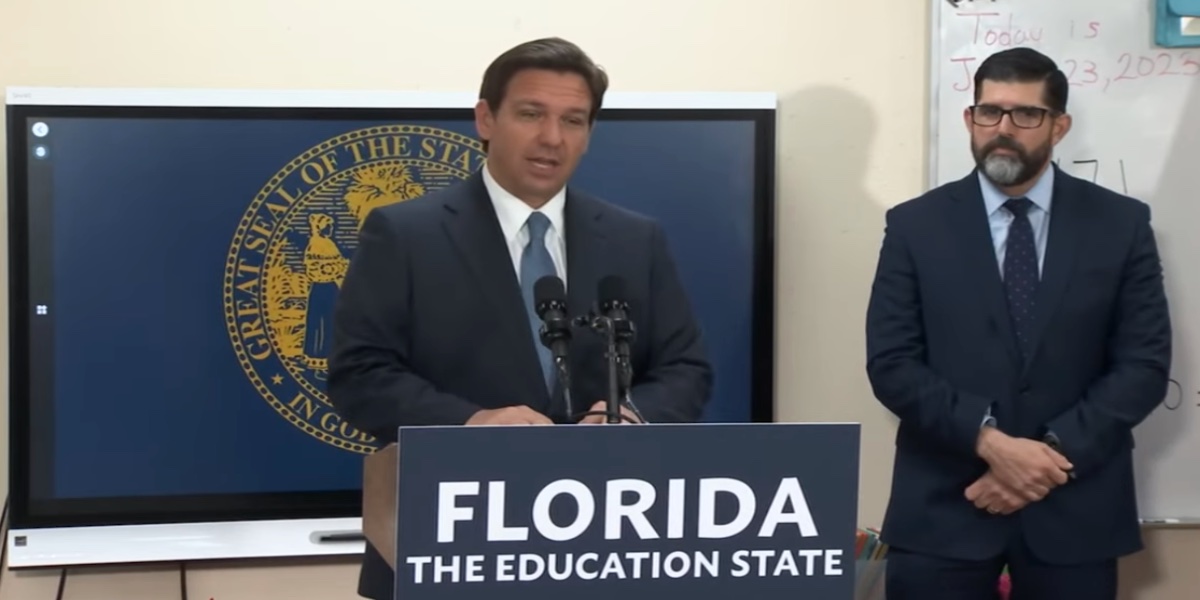 Big Labor is one of the most powerful forces in the Democrat Party.

Joe Biden even let the teachers union write the CDC’s guidance on reopening schools and forcing children to wear masks.

But Ron DeSantis just revealed a legislative proposal for education that powerful union bosses are not happy about.

Florida voters handed Ron DeSantis a mandate to pass his conservative agenda with his 19-point landslide re-election victory in the Midterm elections.

One of the main areas of focus for Ron DeSantis in 2023 is reforming Florida’s education system.

DeSantis spent the past year fighting to remove the Left’s woke ideology from the school curriculum.

He banned Critical Race Theory and signed the Parental Rights in Education Bill into law.

But reforming education goes beyond removing the Left’s woke ideology from the classrooms.

It also includes taking on the powerful teachers union.

During an event with teachers on Monday in Jacksonville, Ron DeSantis unveiled a series of proposals to reform the state’s educational system.

DeSantis’ plan includes billions of dollars for teacher pay raises, bringing the total up to $3 billion since 2020.

If DeSantis’ funding increase is approved by the legislature, the average starting teacher salary in FLorida will reach $48,000 per year.

However, DeSantis noted that some of the school districts still haven’t received the pay raises enacted since 2020 because of the teachers union.

“Even to this day not every school district has raised the salaries,” DeSantis said. “A lot of this is with school unions playing games with this stuff.”

The Florida Governor also doubled down on his previous calls for the legislature to pass “paycheck protection” legislation that prohibits the government from deducting union dues from teacher’s paychecks.

“First of all, you totally, you do not have to join the teachers union,” DeSantis said in December. “But if you do, the government, we don’t want to play a role in deducting anybody’s money, so you write every month for the dues and you do it that way.”

On Monday, DeSantis also called for a “teachers’ Bill of Rights” to give them more authority to discipline students to maintain order in the classroom without fear of punishment.

“Teachers really need to have rights in terms of them managing classrooms,” DeSantis said. “We want to make sure teachers are protected.”

“We will be establishing a new process for individuals to notify the state if a teacher’s rights have been violated, and we will ensure that our Florida Department of Education can investigate those complaints very quickly,” he added.

“No more deducting dues from paychecks, no union business or fliers at work, school union execs can’t be paid more than the highest paid member, and a requirement to have 60% representation to exist,” he added.

And he is proving he means business by taking on the powerful and corrupt teachers union.