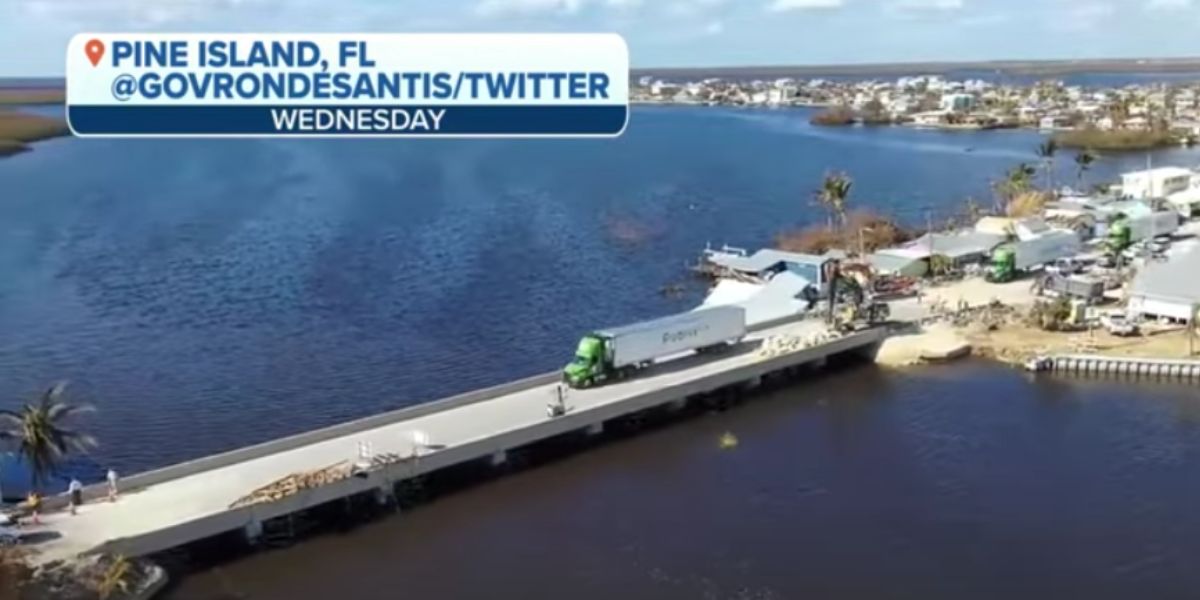 Ron DeSantis continues to show that he is America’s Governor.

He regularly shows that he is up to the task, whatever it may be.

But most recently, Ron DeSantis showed true leadership in his response to Hurricane Ian – and people are noticing.

The Fake News Media desperately wanted to find some fault in the response to Hurricane Ian in order to attack DeSantis.

You can bet they tried to find any little failure they could think of.

The problem for them though, was that DeSantis’ response was excellent.

Even Joe Biden was forced to admit that DeSantis did a good job.

The Pine Island Bridge, which was completely destroyed by the hurricane, was repaired in only 3 days.

This is a sharp contrast to a bridge that collapsed in Pennsylvania back in January (ironically right before Biden visited the state to discuss infrastructure), that the state still hasn’t got around to fixing.

Writing for National Review, Charles C. W. Cooke pointed out that DeSantis’ response has given him a boost in his reelection campaign.

Cooke had previously said that no matter how good the response was it wouldn’t benefit DeSantis, that he could only lose support due to a bad response.

He now has admitted that prediction was wrong, pointing to a 3-point boost in DeSantis’ approval rating following the hurricane.

Cooke compared this to the 2012 Hurricane Sandy in which New Jersey Republican Governor Chris Christie was forced to praise Obama for his response just before the election and all Mitt Romney could do was watch from the sidelines.

Now Biden is forced to say good things about DeSantis and all his opponent Charlie Crist can do is watch.

Crist had previously served as Florida’s Governor, but never had to deal with a hurricane while in office.

Crist now has nothing to criticize DeSantis for in his response to the hurricane just weeks before election day.

DeSantis also received praise from former President Donald Trump on his response to the hurricane.

Trump said “God bless our Governor and all of the Mayors. They’re all working so hard, and they’re heroes, and we’re going to get through this in Florida.”

Being able to respond to a hurricane is one of the most important jobs for a Florida Governor, and DeSantis just proved that he has what it takes just in time for election day.

And that display of leadership – and competence – is turning heads nationwide.