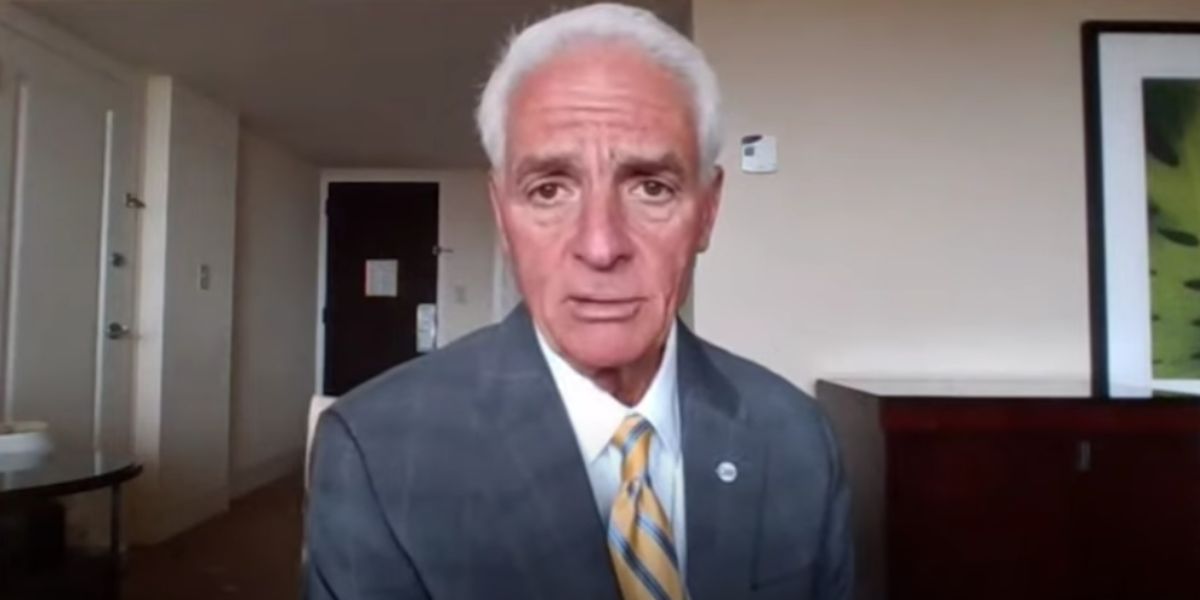 Charlie Crist has less than a week to try and close the widening gap with Governor Ron DeSantis.

Crist zeroed in on one hot button issue for his closing argument.

And Ron DeSantis was all smiles when he heard Charlie Crist’s final message to Florida voters.

Ron DeSantis is leading Charlie Crist by double digits with less than one week left until Election Day.

On Monday, Charlie Crist embarked on a statewide “Choose Freedom” bus tour to deliver his final message to Florida voters ahead of Tuesday’s election.

And Charlie Crist decided to follow Nancy Pelosi and Chuck Schumer’s failed strategy of making abortion the top issue of his campaign.

“The freedom that we’re choosing is for a woman’s right to choose,” Crist said during a speech to 75 supporters at Newtown Estates Park in Sarasota.

Over the past few months, national Democrats focused all of their messaging on abortion, spending more than $100 million to push the issue.

And despite the Democrats’ more than $100 million attempt to make abortion the top issue, polls show the economy and inflation are the top concerns with abortion barely even making the list.

Even some of Charlie Crist’s supporters are expressing their frustration with him only talking about abortion.

Sarasota business owner and Democrat Margaret Esaw is a supporter of Charlie Crist who attended his campaign event.

After Crist’s speech, Esaw said she believes abortion rights are important, but “I don’t think it should be his main focus.”

“I say that for this reason: I’m 58, I’m past child-bearing age and that is not an issue for me at the present,” Esaw said. “And the people that are of child-bearing age are mostly your millennials and they are the least plugged in to politics.”

Esaw said Crist should focus on “kitchen table issues” like “Can I feed my family?” or “Can I afford the medication” and “afford gas?”

After the economy and inflation, illegal immigration, and soaring crime rates are the top issues for voters.

Not only that, but polls show over 80% of Americans oppose the Democrats’ extreme position of abortion-on-demand up until birth with no restrictions.

So even if abortion was the top issue, voters would still reject Charlie Crist’s radical views.

Yet Crist is making abortion-on-demand the theme of his closing argument while spending seven figures on a new TV ad attacking DeSantis for being pro-life.

DeSantis set a goal of winning by such a large margin that Florida becomes a solid red state.

And Charlie Crist seems to be trying to help make sure DeSantis achieves his goal by making all the wrong moves.