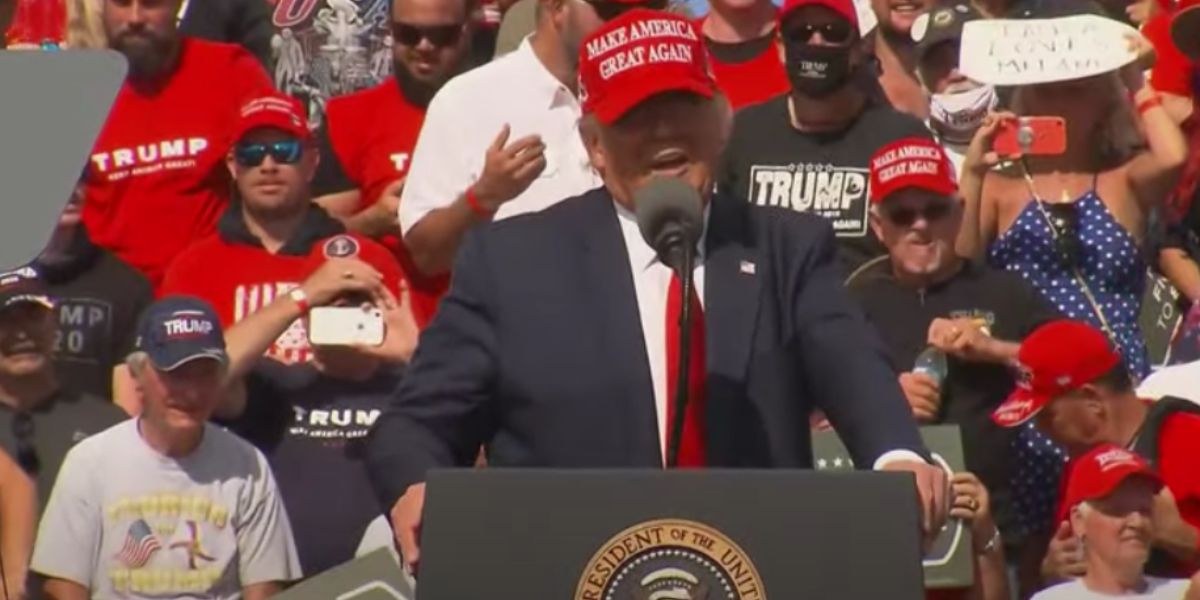 Trump surprised the audience by taking the stage 40 minutes early.

And the crowd in Miami went wild over the prediction Donald Trump made about Ron DeSantis.

Donald Trump spent the past couple of weeks crisscrossing the country and holding rallies for candidates he supported in several key battleground races.

After speaking on Saturday in Pennsylvania, Trump held a rally for Senator Marco Rubio on Sunday in Florida.

Of course, the left-wing media made a big deal out of Trump holding a rally in Florida for Rubio and not inviting Ron DeSantis.

But Ron DeSantis had his own “Don’t Tread on Me” events scheduled on Sunday across the state in Lee, Hillsborough, and Sarasota counties.

Donald Trump took the stage 40 minutes early and delivered a fiery 90-minute speech about the importance of Republicans taking back Congress.

“Crazy Nancy Pelosi, how’s she doing lately?” Trump sarcastically asked before telling the crowd “you have to crush the communists” at the polls.

“The communist and Marxist direction of the radical Democrat Party is one of the biggest reasons that Americans are joining our movement,” Trump continued.

Trump ripped the Biden administration for creating the worst border crisis in American history and said Republicans “must immediately force the restoration of our southern border” if they regain the majority.

One way the former President suggested Republicans do this is by “doubling” the number of Border Patrol agents and ICE officers.

He also teased the crowd about running for President again in 2024.

“I did much better the second time,” Trump said. “And now, in order to make our country successful and glorious, I will probably have to do it again.”

Although DeSantis was across the state at his own events, Trump did mention the Florida Governor by name.

On Saturday, Trump made a joke about DeSantis in Pennsylvania by calling him “Ron DeSanctimonious.”

But on Sunday, Trump disappointed the corporate-controlled media when he endorsed Ron DeSantis and predicted he would be re-elected to a second term.

“You’re going to elect DeSantis as your Governor,” Trump said to cheers from the crowd.

Even though it started raining during his outdoor speech, Trump continued on without stopping for more than 90 minutes.

Trump ended his speech, which he called the best rally he ever held, by blowing a kiss up to the sky.

The media was hoping to hear Trump say something negative about DeSantis or make a joke about the Governor.

But instead, Trump endorsed him and predicted his re-election.