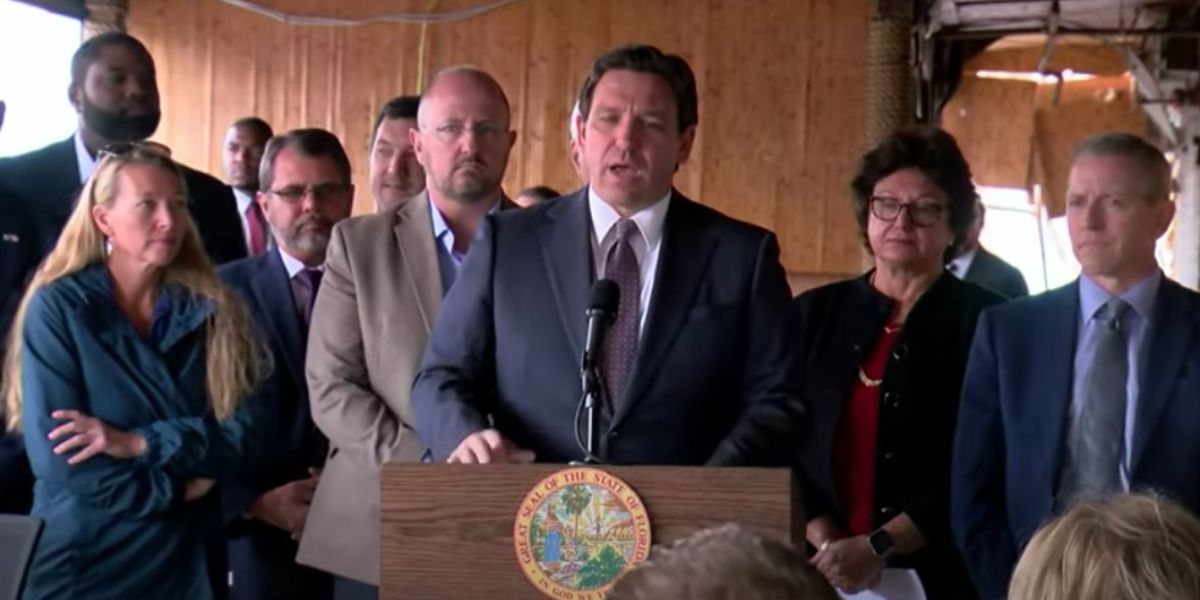 They support unrestricted access to abortion up until the moment of birth.

And the Left is fuming over the pro-life judge Ron DeSantis just appointed to the Court of Appeals.

One of the three judges appointed by DeSantis was Judge Jared Smith, a pro-life judge who lost an election after making a controversial ruling on abortion.

In January, a 17-year-old Tampa high school junior petitioned the court for permission to have an abortion without parental consent.

After Smith denied the request due to the girl’s inability to demonstrate her maturity, a panel of judges on an appeals court overruled him and allowed the girl to murder the baby without parental consent.

Leftists were infuriated over the Supreme Court’s decision to overturn Roe v. Wade and targeted Smith in the August election, where he was defeated by nearly four points.

“Today, Governor Ron DeSantis announces three judicial appointments to the Sixth District Court of Appeals,” a press release from the Governor’s office read. “These appointments are to fill the three vacancies, created by the enactment of HB 7027, that take effect on January 1, 2023.”

Of course, the Left is infuriated over DeSantis appointing a pro-life judge to the appeals court.

Earlier in December, leftists filed a complaint arguing that Smith was ineligible for the position because he lives outside the districts’ jurisdictions.

But the Florida Supreme Court rejected the challenge the previous week.

“Given that the [state] Constitution provides for a 60-day period between a Commission’s certification of nominations and the gubernatorial appointment deadline, and in the absence of clear textual direction to the contrary, we cannot say the Constitution imposes an ‘eligible at the time of nomination’ requirement,” Chief Justice Carlos Muniz wrote.

“Rather, we believe that the Constitution leaves to the commissions’ discretion whether to nominate only candidates who are residents at the time of nomination.”

Ron DeSantis already signed a ban on abortions in Florida after 15 weeks.

And just recently, he encouraged the legislature to pass a heartbeat bill for him to sign into law.

The Left is determined to stop DeSantis from banning abortions in Florida.

But DeSantis is making all the moves that shows he is serious about protecting the sanctity of life.