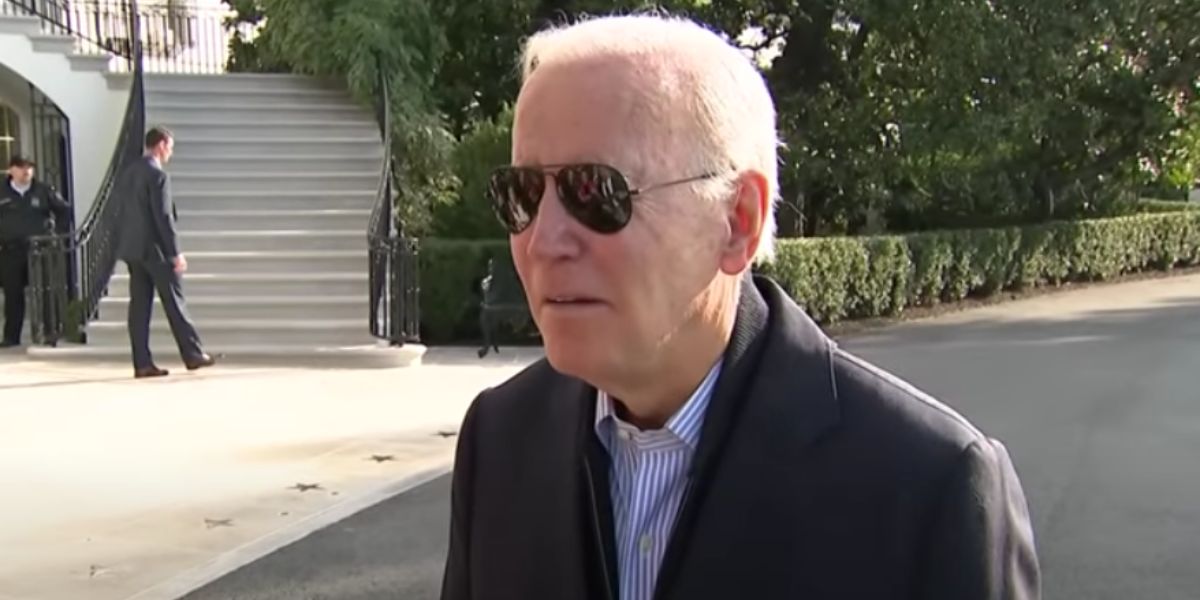 Joe Biden and the Democrats are terrified of Donald Trump and Ron DeSantis.

Biden already sicced the Justice Department and FBI on Donald Trump to try to stop him from running in 2024.

And now Joe Biden is weaponizing a federal agency to go after Ron DeSantis for making the border crisis a top issue.

Joe Biden is the most pro-open borders President to ever occupy the White House.

On his first day in office, Biden ended construction on the border wall, suspended all deportations for at least 100 days, brought back Obama’s dangerous “catch and release” policy Trump ended, and promised blanket amnesty to illegal aliens.

As a result, nearly five million illegal aliens have entered the country under Joe Biden.

Joe Biden previously appointed Kamala Harris as border czar to try to give the appearance that his administration was working on a solution.

But with the crisis growing worse by the day, Republican Governors Ron DeSantis and Greg Abbott are stepping up and taking action at the state level to address the crisis.

In September, DeSantis set off a firestorm by sending a plane loaded with 50 illegal aliens to the wealthy left-wing community of Martha’s Vineyard located in the sanctuary state of Massachusetts.

Democrats are the Party of open borders and illegal immigration.

But DeSantis showed the entire country that Democrats are hypocrites, as the rich residents of Martha’s Vineyard had the National Guard deport the illegal aliens within 48 hours of their arrival.

Illegal immigration is one area where voters give Democrats their worst marks.

With the economy collapsing and inflation soaring, illegal immigration had been on the backburner of most political campaigns.

But Ron DeSantis catapulted it to the forefront of the debate and crushed any momentum Joe Biden and the Democrats gained over the summer.

And now Joe Biden is trying to exact revenge on DeSantis for embarrassing Democrats ahead of the election.

“The agency’s inspector general’s office confirmed to several members of Massachusetts’s Democratic congressional delegation that it planned ‘to get this work underway as soon as possible’ to probe Florida’s spending as part of ongoing audits into how states have used the billions in sent to them as part of the American Rescue Plan, according to a letter provided by Democratic Massachusetts Sen. Ed Markey’s office,” POLITICO continued.

Of course, DeSantis is already facing multiple lawsuits from leftists over the flights to Martha’s Vineyard.

And several Democrats like Gavin Newsom called on Merrick Garland to arrest him for kidnapping.

But the letter from the Treasury Department is the first time federal authorities have acknowledged they’re launching an investigation into the matter.

All Ron DeSantis did was embarrass Joe Biden.

He did nothing illegal or wrong.

But Joe Biden is ruthless.

And he’s willing to do anything to take down his political opponents.

Including weaponizing the Treasury Department to exact his revenge.