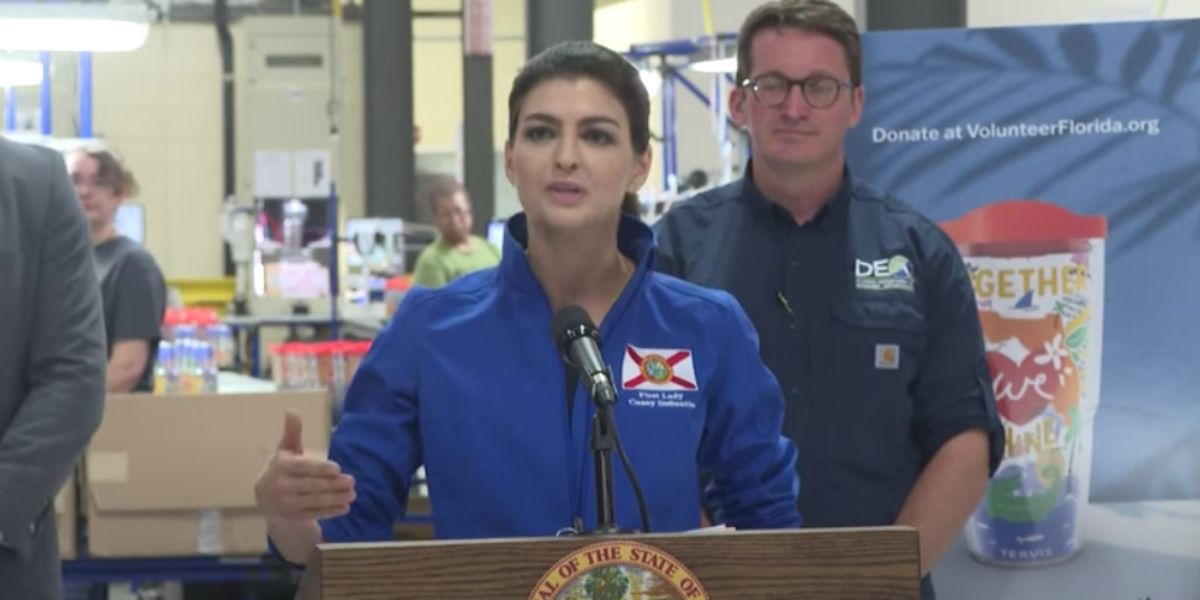 The Democrats and corporate-controlled press say Ron DeSantis is a mean, authoritarian dictator.

But his wife Casey tells a different story.

And Casey DeSantis just introduced her husband to voters with one eye-watering new ad that will make Floridians proud.

Ron and Casey DeSantis have been married for twelve years and together they have three children – Madison, Mason, and Mamie.

Since his election in 2018, Casey DeSantis has played a very active role in Ron’s administration and in his campaign.

Casey DeSantis recently launched her group “Mamas for DeSantis” to help elevate the issue of parental rights to the forefront of the political debate ahead of the elections.

But with four weeks left until the Midterms, Casey DeSantis is taking on a new role as the star of a new TV ad for the campaign entitled, “That is who Ron DeSantis is.”

The ad begins with Casey DeSantis, who is also a former emmy-award winning television personality, sitting on a couch talking to the camera.

“I get asked all the time, ‘Who is Ron DeSantis?’” Casey DeSantis begins.

She then tells a brief history of her husband from his childhood in Florida to his service in the Navy to getting married to her in 2010 as old pictures of Ron appear on the screen.

“He’s the kid who grew up right here in Florida working his tail off, paying his own way through school, and volunteering to serve in the Navy and deploying to Iraq,” Casey DeSantis continues. “He’s the man who I fell in love with from the moment we met.”

“And he’s the dad of three very rambunctious, energetic children: Mamie, our two-year-old little comedian; Madison, our beautiful sweet five-year-old; and Mason, our four-year-old athlete,” Casey said as a picture of her husband hugging their three children popped up on the screen.

In October of 2021, Ron DeSantis announced that Casey had been diagnosed with breast cancer and would be taking chemotherapy treatments.

Five months later, in March of 2022, a smiling Ron DeSantis announced that his wife was officially cancer-free.

Ron DeSantis didn’t discuss his wife’s cancer treatment very much in the press, as he kept it a private issue.

But Casey DeSantis decided to tell a very personal story in the ad about her husband to help voters better know his character.

“But if you want to know who Ron DeSantis really is, when I was diagnosed with cancer and I was facing the battle for my life, he was the dad who took care of my children when I couldn’t,” Casey DeSantis said. “He was there to pick me up off of the ground when I literally could not stand,” she continued, before adding that “he was there to fight for me when I didn’t have the strength to fight for myself.”

“That is who Ron DeSantis is,” she added.

Governor DeSantis shared the ad on social media with a special message to Casey.

“I love you, Casey,” DeSantis wrote.

I love you, Casey. pic.twitter.com/HKID5TolyM