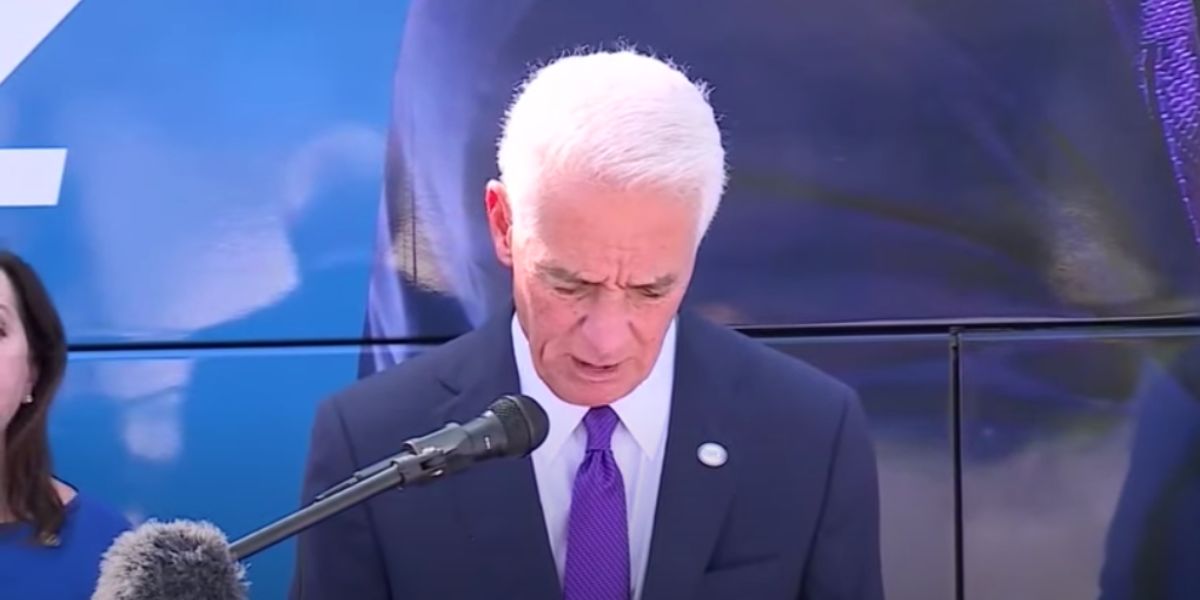 With less than three weeks left, he is running out of time to gain ground on DeSantis.

And now Charlie Crist received some devastating news from his campaign manager that left a giant knot in the pit of his stomach.

Democrat Charlie Crist recently announced that Joe Biden is coming to Florida on November 1 to try and rally voters for him ahead of the Midterm elections.

Crist is looking for a much-needed momentum boost.

The most recent Sachs Media Group poll found DeSantis with a double digit lead – 52 to 42 – over Crist.

And in the important area of fundraising, Crist pales in comparison to DeSantis.

According to the most recent reports, DeSantis currently has over $100 million more cash-on-hand than Charlie Crist.

Another bad sign for Charlie Crist comes from the voter registration numbers.

When DeSantis first ran for Governor in 2018, there were 300,000 more Democrats in Florida than Republicans.

But for the first time ever, Republicans now outnumber Democrats by more than 300,000 voters in the Sunshine State.

Charlie Crist was hoping the October 24 debate followed by Joe Biden’s visit on November 1 would give his campaign a momentum boost at just the right time.

But Crist just received some devastating news from his campaign manager Austin Durrer.

On Thursday, Crist spokeswoman Samantha Ramirez announced that Durrer was leaving the campaign and would be replaced by Sydney Throop.

Throop ran Crist’s previous Congressional campaigns and has been running day-to-day operations for his Governor’s race.

“Austin Durrer has departed the campaign to focus on a family matter,” Samantha Ramirez announced.

This is bad news for Charlie Crist at the worst possible time.

The Midterms are coming up in less than three weeks.

And now his campaign is dealing with a major shakeup in Durrer’s sudden resignation.

At the beginning of the campaign, DeSantis set a goal of defeating Crist by a large enough margin that Florida went from a swing state to a solid Red state.

And Crist losing his Campaign Manager this close to Election Day could help lead to DeSantis achieving his goal.