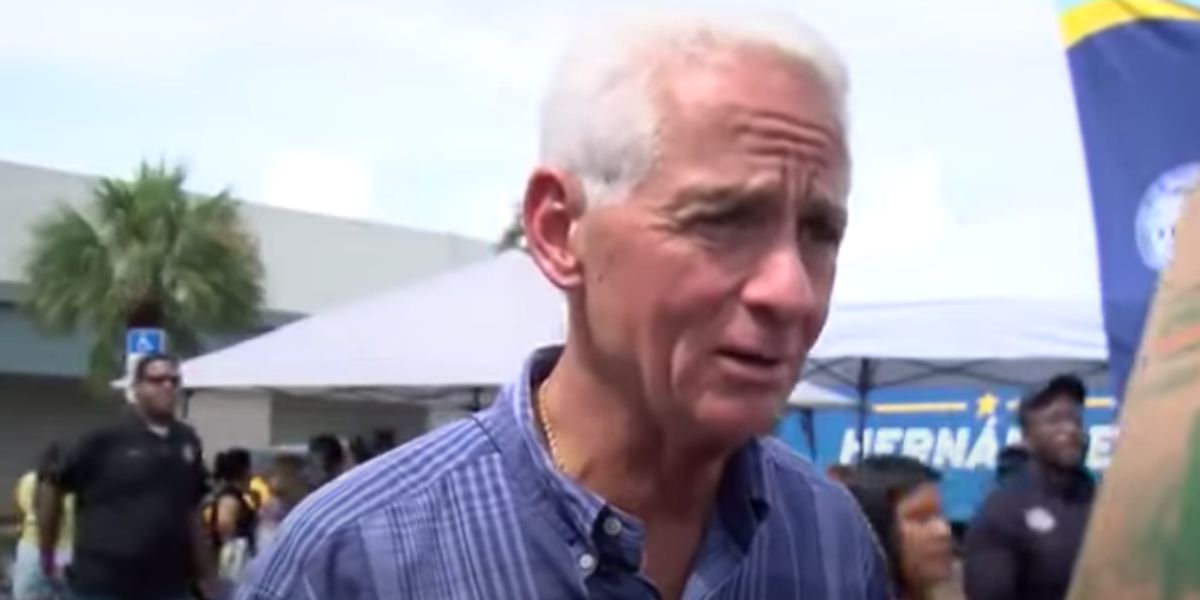 Ron DeSantis and Charlie Crist are set to face off on October 24 in the first and only debate before voters head to the polls in November.

Crist is running out of time to gain ground on DeSantis.

And Charlie Crist said five words during the pandemic that Christina Pushaw is making him live to regret.

Ron DeSantis catapulted to national fame during the pandemic for his bold stance against Joe Biden and Anthony Fauci’s COVID tyranny.

Despite facing daily attacks and smears from Democrats and the media, DeSantis stood firm and refused to enforce lockdowns and banned masks and vaccine mandates in the Sunshine State.

Time has proven that DeSantis made the correction decision in rejecting Fauci’s tyranny.

Not only did Florida not suffer from massive deaths like the media and Democrats claimed, but the Sunshine State is now prepared to handle Joe Biden’s recession better than other states thanks to DeSantis keeping Florida free and open for business.

DeSantis’ next bold move was to become the first Republican Governor to fight back and win against the Left’s woke ideology.

Today, DeSantis is now the most popular elected Republican official in the country and is considered a top contender for the GOP nomination even if Trump runs again.

Democrats were hoping to defeat DeSantis this fall by selecting former Congressman and Governor Charlie Crist as the Party’s nominee.

With less than four weeks left until the election, DeSantis is leading Crist by double digits in the polls and crushing him in fundraising.

Charlie Crist is hoping the one and only debate coming up on October 24 will give his campaign a much-needed momentum boost before the election.

“This debate is important,” Crist said in a statement to reporters. “Florida voters deserve a chance to hear from both candidates in the race to determine who will lead our state for the next four years.”

But Rapid Response Director for the DeSantis campaign, Christina Pushaw, just put Crist on defense by reminding voters of five words he said during the pandemic that won’t sit well with Floridians.

“We should have vaccine passports,” Crist replied without hesitation.

“I think that’s important,” he added.

Today @CharlieCrist quote-tweeted this video without refuting or walking back what he said. Thanks Charlie, for confirming that you want to require vaccine passports in Florida. https://t.co/eNobdqDAxQ

It’s also dangerous, as Florida’s Surgeon General just announced the state is officially recommending against the jab for men under 40 as well as all children.

Charlie Crist was hoping to gain ground on DeSantis with the upcoming debate.

But Christina Pushaw made him spend his time trying to explain his support for medical tyranny.