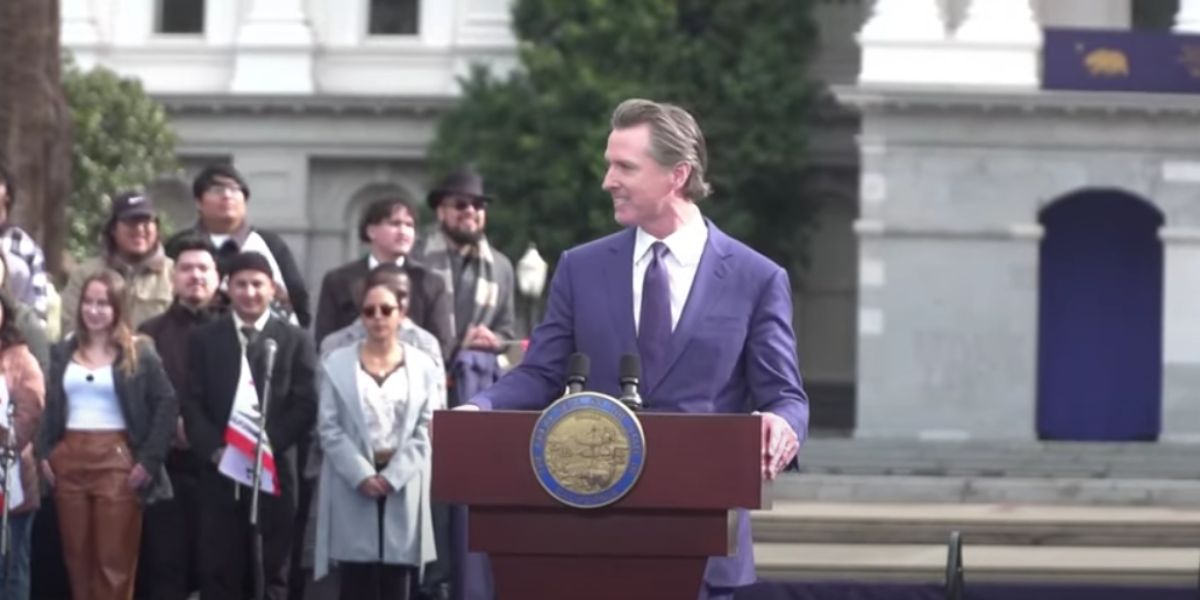 California Governor Gavin Newsom was recently sworn in to a second term.

Christina Pushaw used the occasion to remind Newsom that he is failing Californians.

And Christina Pushaw dropped the hammer on Gavin Newsom with this one embarrassing photo.

Christina Pushaw served as the Press Secretary for Governor Ron DeSantis before leaving his office during the Midterm elections to take a role as Rapid Response Director for the campaign.

Like DeSantis, Pushaw is willing to go toe-to-toe with the Fake News Media and the Democrats.

During her time as Press Secretary, she frequently called out the left-wing media and the Democrats for lying about DeSantis.

Even though she now lives in Florida, Pushaw was born in California and lived there for most of her life, graduating from the University of Southern California before earning a master’s degree in international relations from Johns Hopkins University.

And one of the Democrats who Pushaw frequently goes after is California Governor Gavin Newsom.

Since Newsom wants to be President one day, he spent the past year attacking DeSantis in an effort to build up his national profile.

Newsom even spent $100,000 on a TV ad attacking DeSantis in Florida on Independence Day and donated $100,000 to Democrat Charlie Crist, who lost by 19 points on Election Day.

During his recent inaugural address, Gavin Newsom made the outrageous claim that “California is the true freedom state.”

He also made underhanded attacks against DeSantis, saying that he was “protecting liberty from a rising tide of oppression taking root in statehouses.”

After Newsom posted a clip of his speech on social media, Christina Pushaw embarrassed him with one simple photo.

“Worry about your own state @GavinNewsom,” Pushaw replied. “If you need help getting the power back on, just study what @GovRonDeSantis did in Florida a few months ago.”

Pushaw posted a picture from the website poweroutage.us showing that over 100,000 people were currently without power in California.

Worry about your own state @GavinNewsom… If you need help getting the power back on, just study what @GovRonDeSantis did in Florida a few months ago. https://t.co/S1Fjo8Nh0J pic.twitter.com/vnoGWNdhD5

Newsom has been one of the biggest cheerleaders on the Left for the green agenda.

He’s pushed so-called “green energy” on California and is phasing out the use of gas-powered vehicles.

Californians are suffering without power thanks to Newsom’s extreme green agenda.

And Pushaw pointed out Newsom’s failure in one photo.