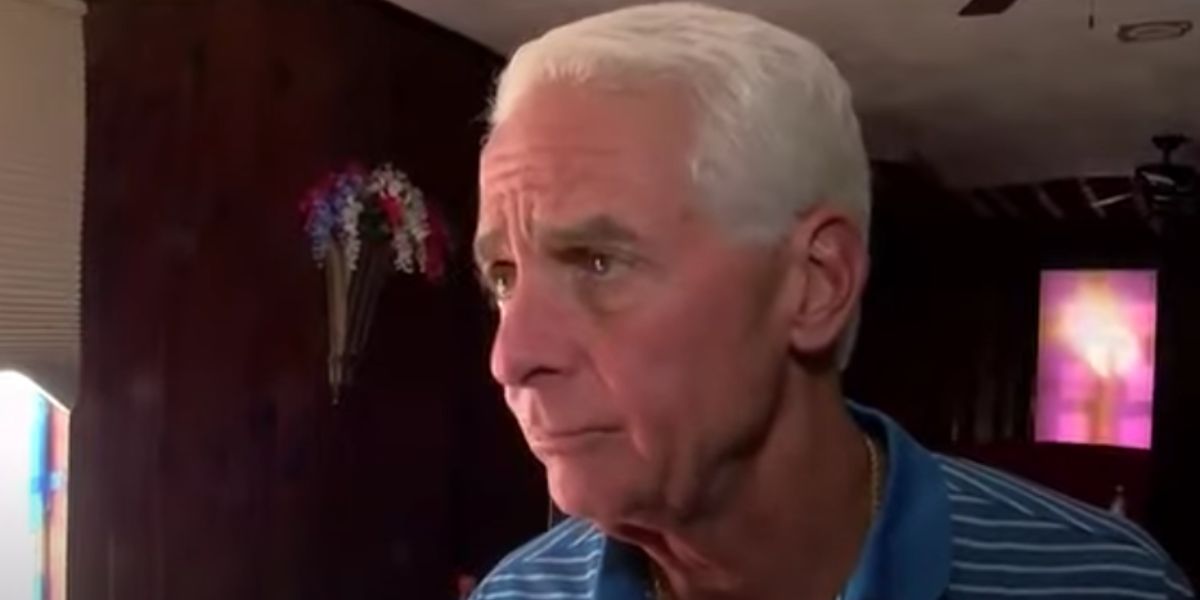 Hurricane Ian smashed into Florida’s southwest coast last week as a Category 4 storm and inflicted unprecedented damage on the state.

Ron DeSantis is working hard to help Floridians recover as quickly as possible.

But Democrat Charlie Crist made one outrageous accusation about Ron DeSantis that will come back to haunt him in November.

Joe Biden and Ron DeSantis have been at war for nearly two years.

It all started when Ron DeSantis rejected Joe Biden’s lockdown orders and refused to enforce his masks and vaccine mandates.

Despite all that, after Hurricane Ian destroyed billions of dollars worth of property and killed dozens of people in Florida, even Joe Biden was willing to put his politics aside to help with the FEMA disaster relief efforts.

But not Democrat candidate Charlie Crist.

Charlie Crist is hoping to unseat DeSantis in the upcoming Midterm elections.

Hurricane Ian sucked the wind out of any momentum Crist had going before the storm made landfall and also led to the cancellation of the only scheduled debate between the two.

Desperate to try to garner some attention for his campaign, Crist appeared on MSNBC’s ReidOut for an interview with his pal Joy Reid.

Calling DeSantis a “Tea Partier,” Reid asked Crist for his thoughts on the Governor’s performance in leading the recovery efforts.

Crist attacked DeSantis as being “inconsistent” and accused him of being in an “awkward ideological position.”

“He just seems to be inconsistent on so many things,” Crist said. “He talks about freedom for example – yet he wants to attack a woman’s right to choose,” he continued, before adding, “I mean it’s inconsistent all the way.”

Charlie Crist posted a clip of the interview on Twitter where he made one accusation against DeSantis he will live to regret.

“Even after a devastating hurricane, it’s clear that Ron DeSantis is working for himself, not Floridians,” Crist wrote.

Even after a devastating hurricane, it's clear that Ron DeSantis is working for himself, not Floridians. pic.twitter.com/nGjbpPyFA2

Contrary to Crist’s claim, DeSantis began preparing for Hurricane Ian a week before it made landfall and held numerous press conferences every day since then.

And when it comes to the recovery efforts, DeSantis surely isn’t “working for himself, not Floridians” as Crist claimed.

Floridians of all political stripes are impressed with the leadership shown by DeSantis in the aftermath of the storm.

Thanks to his leadership skills, power has already been restored to 99% of the state.

Construction on the Pine Island bridge has been completed today – just three days after construction began.

Happy to have the state step in and help get our Pine Island residents back on their feet. pic.twitter.com/a8GqPoHtP1

And in one video that went viral on Twitter, a self-proclaimed Democrat praised DeSantis and admitted he would be voting for him in November.

It was a mistake.

And it will come back to haunt him in November.