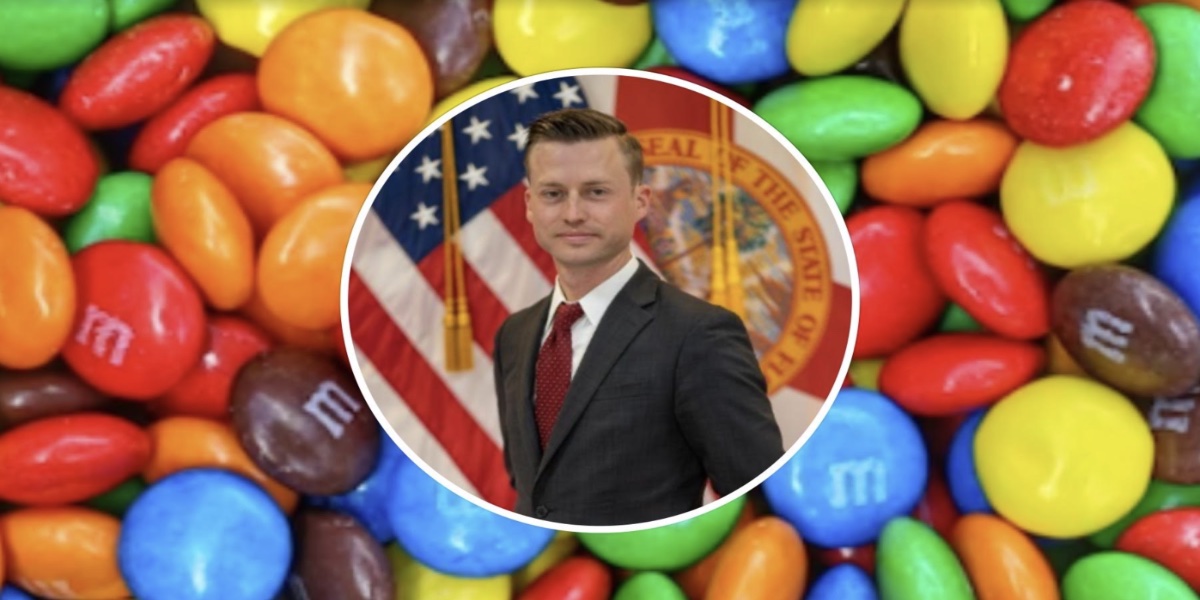 The Left’s woke ideology has taken over all aspects of American society.

Big corporations are using their brands to push the homosexual and transgender agenda on the public.

Fox News Channel’s Tucker Carlson is one of the few members of the press who is willing to stand up to the Left’s woke ideology.

Carlson spent the past few months calling out M&Ms for pushing the Left’s woke agenda after the Brown M&M swapped her stilettos for lower block heels and the Green M&M traded boots for sneakers.

They also added a Purple character to the mix, which Carlson noted was “obese.”

Carlson warned viewers that “M&Ms will not be satisfied until every last cartoon character is deeply unappealing and totally androgynous, until the moment you wouldn’t want to have a drink with any one of them.”

“That’s the goal,” he continued, before adding that “when you’re totally turned off, we’ve achieved equity.”

Of course, corporations have pushed the Left’s woke agenda for years without facing much push back because Republicans were afraid of being smeared as racists or sexists or anti-gay by the media.

But Ron DeSantis showed Republicans how to fight back and win against the Left’s woke ideology.

After Disney pressured him to oppose the Parental Rights in Education Bill, DeSantis revoked their special tax privileges and self-governing status.

And with prominent conservatives like DeSantis and Carlson speaking out publicly and fighting back, corporations are slowly backing away from the woke agenda.

On Monday, M&Ms announced an “indefinite pause from the spokescandies.”

“America, let’s talk,” M&M’s said in a statement Monday. “In the last year, we’ve made some changes to our spokescandies. We weren’t sure if anyone would even notice. And we definitely didn’t think it would break the Internet.”

“We have decided to take an indefinite pause from the spokescandies,” the statement continued. “In their place, we are proud to introduce a spokesperson America can agree on: the beloved Maya Rudolph.”

DeSantis Press Secretary Bryan Griffin shared the announcement about M&M’s on Twitter and offered a message to corporate America.

“They can barely keep up with their own standards, nonetheless make any sense of them. And there’s no finish line for them. Only constant obedience. So stop giving them control.”

Dear corporate America: you will never run far enough or fast enough to appease the woke.

They can barely keep up with their own standards, nonetheless make any sense of them.

And there’s no finish line for them. Only constant obedience.

So stop giving them control. https://t.co/gh4c42BKr4