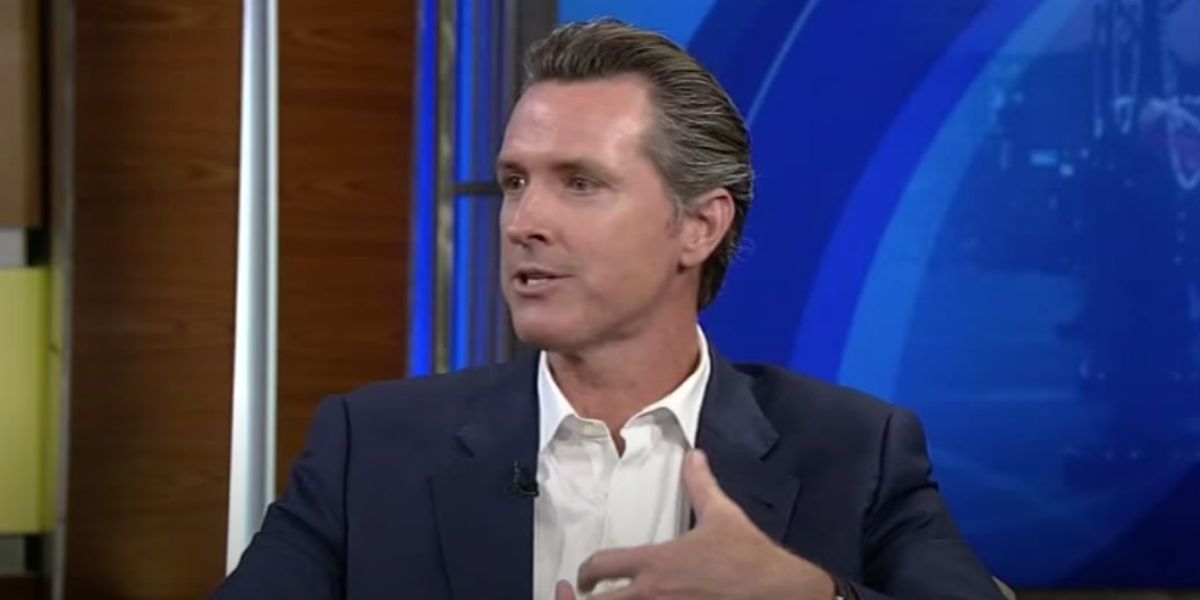 California Governor Gavin Newsom wants to be President one day.

Newsom spent the past year trying to boost his profile by attacking Florida Governor Ron DeSantis at every opportunity.

But Gavin Newsom just got smacked with facts about whether voters prefer him or DeSantis.

Ron DeSantis is not only the most popular Republican elected official in the country, but he’s also now the top contender for the Republican nomination in 2024.

This makes DeSantis both hated and feared by national Democrats who never miss an opportunity to attack and smear the Florida Governor.

Since California Governor Gavin Newsom has Presidential ambitions, over the past year he attacked Ron DeSantis and demanded he debate him on CNN.

Newsom even dropped $105,000 on Independence Day to run an ad on Fox News in Florida attacking DeSantis as a dictator due to his support for parental rights in education.

In the ad, Newsom invited Floridians to escape DeSantis’ tyranny by moving to California.

“I urge all of you living in Florida to join the fight or join us in California, where we still believe in freedom: Freedom of speech, freedom to choose, freedom from hate, and the freedom to love,” Newsom said in the ad.

But that wasn’t the only time Newsom urged Floridians to move to California.

During a speech at the Texas Tribune Festival in September, Newsom called DeSantis a “bully” and once again begged Floridians to relocate to the West Coast.

But the latest data from the Census Bureau tells a different story about California and Florida.

According to the latest statistics, California had the largest net domestic outflow in the country, with over 340,000 more people leaving the state for other locations in just one year.

Included in the 340,000 are some of Newsom’s inlaws, who fled California for freedom in Florida.

In just two years, over 500,000 people have fled California and relocated elsewhere.

But DeSantis’ Florida stands in stark contrast to Newsom’s California.

For the first time since 1957, Florida led the country in population growth in 2022.

The census revealed that the state of Florida had an annual population increase of 1.9 percent with a total resident population of 22,244,823 in 2022.

While California lost 1.3% of its population, Florida gained nearly 2% in a single year.

Newsom spent the last year attacking DeSantis as a tyrannical dictator while begging folks to move to California.

But Americans see through his lies and smears.

And they’re voting with their feet by fleeing to Ron DeSantis’ “oasis of freedom” in droves.