Joe Biden revealed his one sick wish about the 2024 election 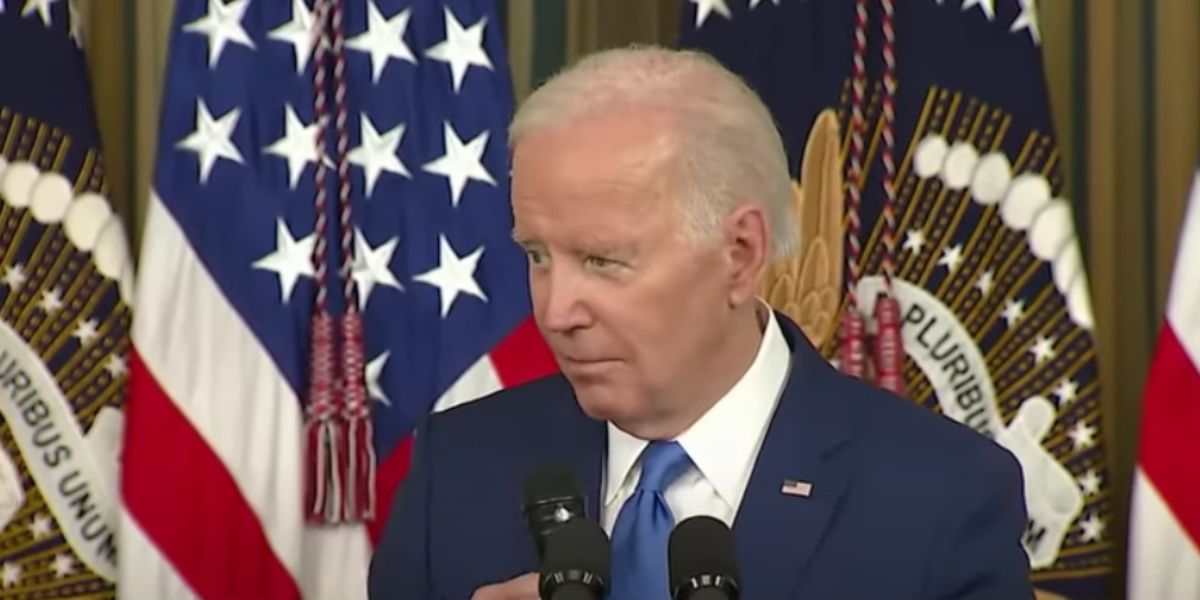 Joe Biden was crowing after the Midterm elections.

The Republicans’ disastrous showing left everyone wondering what would happen in the next Presidential Election.

And Joe Biden revealed his one sick wish about the 2024 election.

Joe Biden once again strongly hinted that he would seek a second term.

That led to questions about Biden’s thoughts on the potential Republican 2024 field.

The top two names on that list were Donald Trump and Florida Governor Ron DeSantis.

Polls show they are the two frontrunners for the 2024 nomination.

And DeSantis’ landslide 19-point re-election victory over Charlie Crist catapulted DeSantis to equal footing with both Trump and Biden and the most talked about 2024 contender.

A reporter asked Biden about the possibility of a Trump-DeSantis primary slugfest and gloated at the prospect.

“It would be fun watching them take on each other,” Biden snickered.

And right on cue that is exactly what happened.

Donald Trump took great offense to the fact that Fox News Channel, the Wall Street Journal, and the New York Post – all owned by Rupert Murdoch – all blamed Trump for the GOP’s dismal showing on Election Night and promoted DeSantis as the future of the Republican Party.

Trump is expected to announce his re-election campaign on November 15.

Governor DeSantis is widely believed to be preparing a Presidential campaign launch next year.

Trump pushed out a statement blasting Fox News, the Journal, and the Post for their post-election coverage.

But in a more surprising and inexplicable development Trump used the statement to attack DeSantis.

DeSantis won the 2018 Florida Republican Gubernatorial primary and General Election with the strength of Trump’s endorsement.

But now he’s attacking DeSantis with the “DeSanctimonious” nickname.

Conservatives do not think this fight should be happening right now as it clearly only accrues the benefit of Joe Biden and the GOP establishment who are really to blame for the GOP’s underperforming in the Midterm elections.

The most self-destructive thing that could happen on the right now would be for the Trump camp and DeSantis camp to fight. There are good people who agree on much in both. The only ones who would benefit from it would be libs and the establishment.

At this point, Trump should keep his focus on who the real enemy is – Joe Biden and his globalist allies who are actively destroying America.