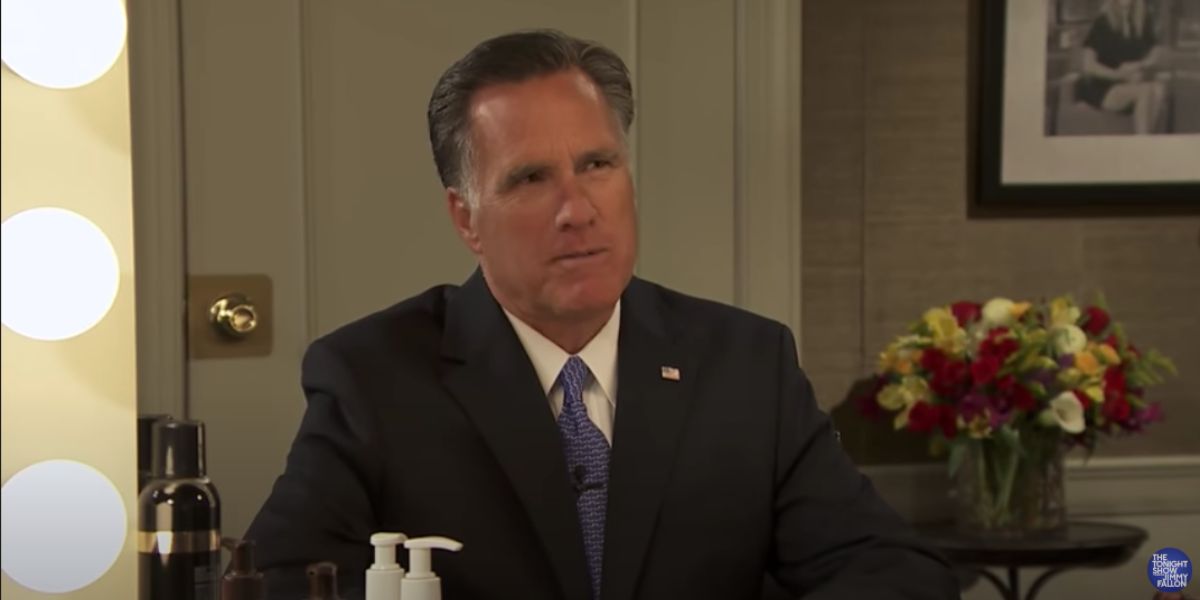 DeSantis is using his popularity to try and help boost Republican candidates in tight races across the country.

And Mitt Romney flew off the rails over the new TV ad Ron DeSantis just cut for this one GOP Senate candidate.

Ron DeSantis is facing his own re-election on Tuesday.

But that hasn’t stopped the Florida Governor from taking time out of his campaign schedule to promote and stump for Republican candidates in several key battleground races across the country.

He also held a fundraiser for Republican Congressman Lee Zeldin, who is running for Governor in New York against Democrat Kathy Hochul.

But DeSantis just got involved in one race that will infuriate RINO Mitt Romney.

Instead of fielding a candidate, the Democrats endorsed “Independent” candidate Evan McMullin.

McMullin was a Never-Trumper who ran against Trump in 2020.

Even though he’s running as an “Independent,” McMullin will vote in lockstep with the socialist Democrats.

But Utah RINO Senator Mitt Romney is refusing to endorse Mike Lee even though he claims to be a Republican.

But Ron DeSantis will.

The 30-second ad begins with Ron DeSantis introducing himself and reminding voters that Joe Biden’s policies have made America worse and the only way to get the country back on the right path is by electing a Republican majority in the Senate.

DeSantis then ripped McMullin as a left-wing hack who would take his marching orders from Joe Biden.

“His opponent endorsed Biden for President,” DeSantis says. “He’s no Independent, he’s a donkey in sheep’s clothing,” DeSantis continues, before adding that “he’ll be a vote for Biden, not for Utah.”

Club for Growth Action President David McIntosh said Utah voters like and trust DeSantis and know he is not lying to them.

“Utah voters know Governor DeSantis is a conservative leader whose judgment they can trust because of his handling of Florida’s economy, schools, and the pandemic,” McIntosh wrote in a statement.

Even though he is facing his own re-election next week, DeSantis is going out of his way to help make sure Republicans take back Congress.

And that is one of the many reasons why he is a rock star in the GOP.