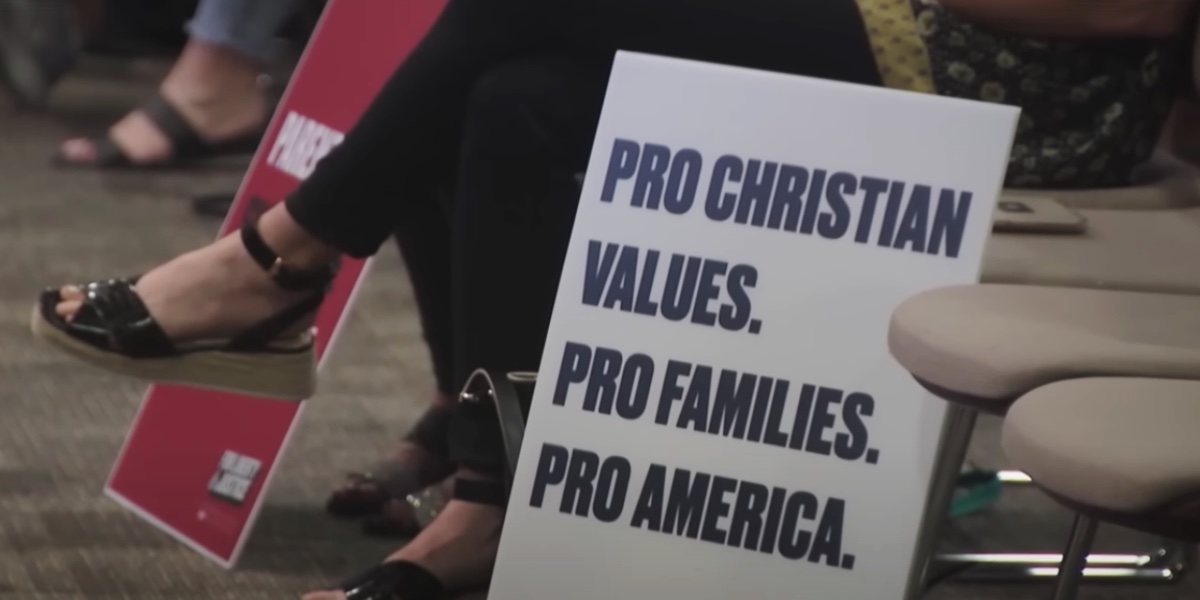 Ron DeSantis is likely to run for President in 2024.

Polls show DeSantis is one of the frontrunners to win the White House.

And Ron DeSantis has one secret weapon that has all hell breaking loose.

Trump won in 2016 due to voters who put picking Supreme Court Justices as their number one issue, breaking for Trump by a 15-point margin over Hillary Clinton.

In 2020, Trump improved on that performance by winning 81 percent of white Evangelical Christians.

But after Republicans lost the 2022 Midterms due in large part to candidates Trump endorsed losing key races, Evangelical leaders are looking for a candidate in 2024 who will fight for traditional values and win a general election.

An increasing number of Evangelicals who backed Trump in 2016 and 2020 are now looking at Florida Governor Ron DeSantis.

“The one who I really think has the best chance and is a fighter is Ron DeSantis,” founder of the Baptists for Biblical Values Brad Cranston told the Washington Post.

Cranston said DeSantis “has had the courage to take on the woke crowd.”

“The most conservative evangelicals I know are in favor of DeSantis” Texas Pastor Tom Buck said, adding that DeSantis “has the ability to win.”

Florida Pastor Tom Ascol agreed, saying DeSantis “has stood against the woke crowd and . . .  fulfilled his God-given role to be ‘God’s servant’ for the ‘good’ of Floridians.”

The DeSantis boomlet among Evangelicals owes to two factors.

First, as many Pastors noted, DeSantis took on the woke crowd.

The Florida Department of Education recently rejected an AP black history class because it was chock-full of racist Critical Race Theory.

In addition, Trump has made several comments attacking Evangelicals.

During an interview with Real America’s Voice’s David Brody, Trump attacked Evangelicals as disloyal for not immediately endorsing his campaign after Trump announced it.

Prior to those comments, Trump blamed Pro-Life activists for GOP losses in the Midterm elections, claiming Republican candidates lost because they took extreme positions on abortion.

“It wasn’t my fault that the Republicans didn’t live up to expectations in the Midterms,” Trump wrote on social media. “It was the ‘abortion issue,’ poorly handled by many Republicans, especially those that firmly insisted on No Exceptions, even in the case of rape, incest or life of the mother, that lost large numbers of voters.”

“Also, the people that pushed so hard, for decades, against abortion, got their wish from the U.S. Supreme Court, and just plain disappeared, not to be seen again,” Trump added.

Trump’s candidates failing in the Midterms, DeSantis’ record of conservative victories, and Trump’s criticisms of Pro-Life activists, combined with Evangelicals looking for a conservative who can win is leading many faith leaders and voters to move to DeSantis in 2024.