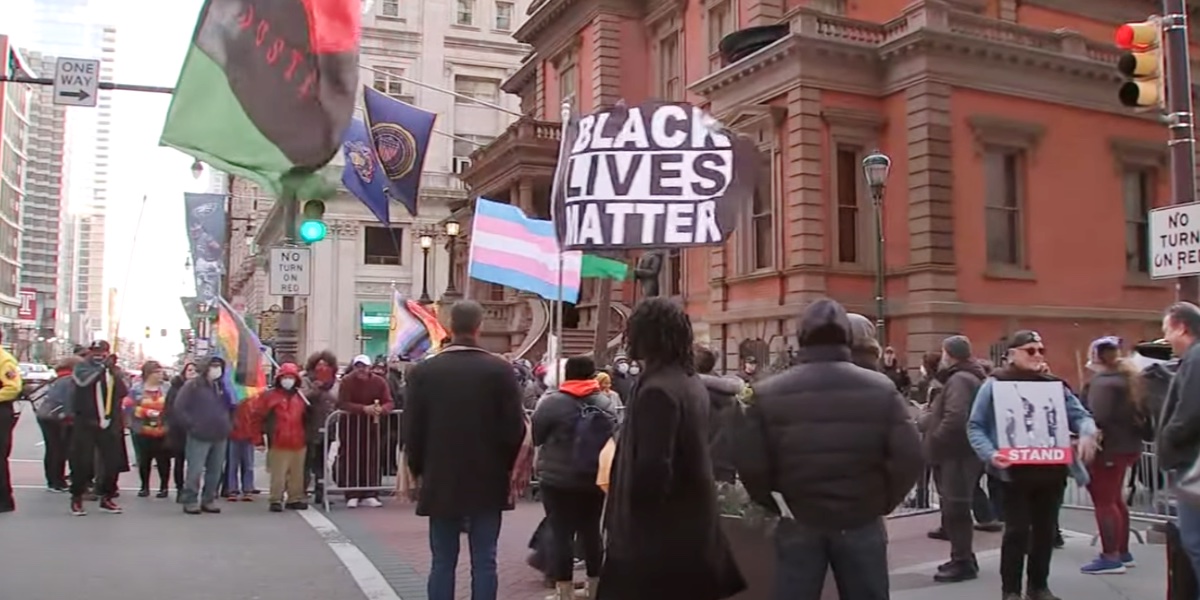 Democrats fear Florida Governor Ron DeSantis more than any other elected Republican official in the country.

DeSantis is showing Republicans how to fight and win critical battles against the woke Left.

And Ron DeSantis is receiving an award in Philadelphia that has Democrats protesting in the streets.

The Union League of Philadelphia is a club founded in 1862 to support Abraham Lincoln and his policies.

The League’s Gold Medal is a prestigious award first bestowed on President Abraham Lincoln in 1863 and given each year to “men who were regarded as deserving well of their country.”

Last October, the Philadelphia Union League set off a firestorm when members named Ron DeSantis as their Gold Medal recipient for the year.

However, the award reception was postponed after Category Four Hurricane Ian landed on Florida’s southwest coast and left a path of destruction across the state.

On Tuesday evening, DeSantis will receive his Gold Medal at a dinner in Philadelphia at the Union League.

And Democrats and radical left-wing agitators are protesting outside of the Union League after they failed to intimidate them into rescinding the award to DeSantis.

“This specific award, the Abraham Lincoln award, being given to Ron DeSantis, in a city that is 44% African American, is just a smack in our face,” the Reverend Alvyn Waller of Enon Tabernacle Baptist Church said. “Ron DeSantis, in more than a few ways, has shown not just his political ideology and his right leaning, but that he is a racist that denies the humanity of black people.”

Organizers from the Black Clergy of Philadelphia, the Black Women’s Leadership Council, Philadelphia NOW, the National Action Network, and the NAACP held a press conference at noon on Tuesday and called for a massive protest at 4pm in advance of DeSantis’ expected arrival an hour later.

“We really would like hundreds of people, if not thousands,” Waller said. “I am hoping that when I get down there I run into a traffic jam, and I am hoping to run into parking problems, and that this calls attention to this travesty.”

The Left is only attacking Ron DeSantis over the lie parroted by the Fake News Media that he is removing black history from the school curriculum and that he declared war on the LGBT community with the Parental Rights in Education Bill.

Of course, the reality is that DeSantis only removed woke Critical Race Theory garbage from the curriculum because it violates state law.

And the Parental Rights in Education Bill only prohibits teaching children in kindergarten through third grade about gender and sex.

But the Democrats and radical Left see DeSantis as a potential threat to power.

And they will not miss an opportunity to try to attack and smear him in person.