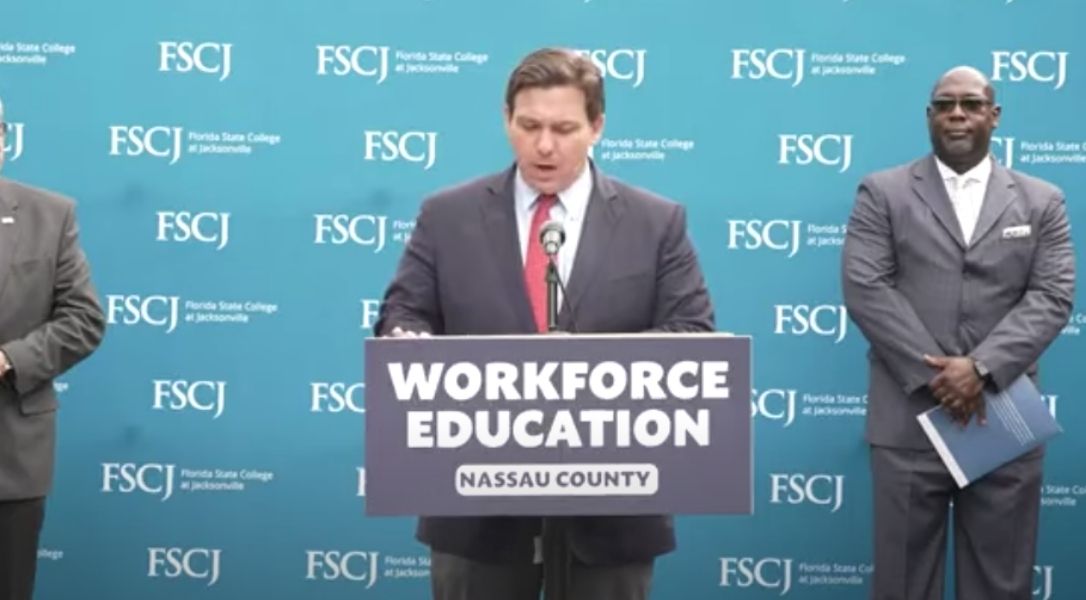 Critical Race Theory is based in Marxism and teaches that America is an inherently evil nation founded by white supremacists.

It’s become a hot-button political issue in towns and cities across America.

Critical Race Theory was one of the top issues during the recent elections in Virginia, where Republicans swept the Governor, Lieutenant Governor, and Attorney General’s races and also took back the majority in the House of Delegates.

The Virginia elections shocked Democrats and the corporate-controlled media, who spent the past year claiming that Critical Race Theory was a made-up bogeyman Republicans were trying to use to scare voters to turn out at the polls.

But after Attorney General Merrick Garland instructed Biden’s Department of Justice and the FBI to spy on and arrest parents who oppose the teaching of Critical Race Theory, Ron DeSantis responded by making it clear that he will not put up with federal agents trying to squelch dissent in Florida.

Apparently, Ron DeSantis has had enough.

And on Wednesday, DeSantis introduced the “Stop WOKE Act,” which would ban Critical Race Theory in classrooms and in corporate settings, such as in employee trainings.

“We’re going to be making sure time in school is spent learning,” DeSantis said.

The Stop the Wrongs to Our Kids and Employees (WOKE) Act gives “businesses, employees, children and families tools to fight back against woke indoctrination.”

As for Florida’s businesses, DeSantis said the legislation also applies to the workplace, providing “employees, parents and students a private right of action.”

“We believe that this corporate CRT, it’s basically corporate-sanctioned racism, and they’re trying to shove it down these employees’ throats, we believe that that violates the Florida civil rights laws,” DeSantis said.

According to DeSantis’ office, the Stop WOKE Act is the “first legislation of its kind in the nation, going on the offense against both corporate wokeness and critical race theory in our schools.”

But Ron DeSantis is a leader.

And other Republican Governors across the country are expected to follow his lead and call for similar legislation against Critical Race Theory in their states.