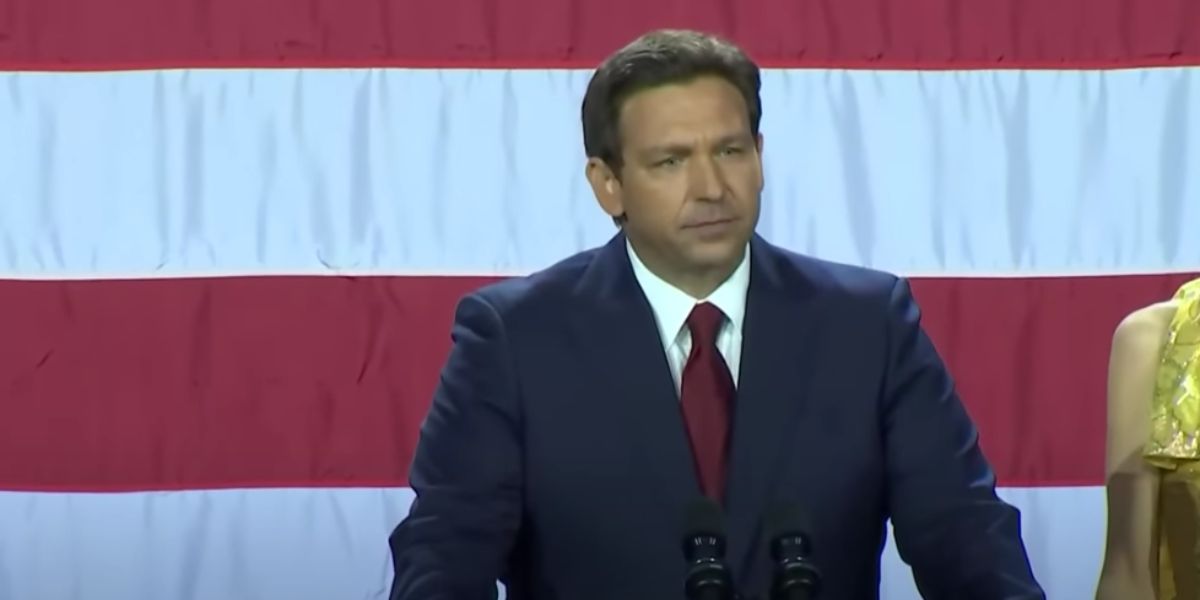 For years, leftists have gotten away with shoving their woke ideology down the throats of Americans with little to no opposition from the Right.

That all changed when Ron DeSantis entered the fight.

And Ron DeSantis just put the Left on notice about bringing their woke agenda to Florida.

Ron DeSantis was the first Republican Governor to stand up and fight back against the Left’s woke ideology.

In the face of massive opposition from Democrats, the left-wing media, and big corporations like Walt Disney, DeSantis never once backed down or waivered in the fight.

DeSantis signed a bill prohibiting biological males from participating in women’s sports, he removed Critical Race Theory from the curriculum, and signed the Parental Rights in Education Bill into law to stop leftists from grooming children with their perverted sexual agenda.

The Left supported Charlie Crist during the election, with Nancy Pelosi, Joe Biden, Gavin Newsom, and other prominent far-Left Democrats endorsing his campaign.

For the past several months, DeSantis has faced a barrage of daily attacks and smears from Democrats and the corporate-controlled media.

But Floridians are the ones who ultimately get to make the decision about DeSantis.

And on Tuesday, the people of Florida sent a loud-and-clear message they want the Sunshine State to remain an “oasis of freedom” by reelecting Ron DeSantis in a landslide victory.

Despite the fact that Republicans underperformed nationwide, Ron DeSantis delivered a red tsunami on Florida by defeating Crist by nearly 20 points.

DeSantis achieved his goal of winning by such a large margin that Florida moved into the solid red state category.

During his victory speech Tuesday night, DeSantis declared that “freedom is here to stay” and warned the Left that he had “only begun to fight.”

He called his victory a “win for the ages” and said Republicans “have rewritten the political map” in Florida.

DeSantis credited his pro-freedom policies as the reason for his crushing victory over Crist.

“We have embraced freedom,” DeSantis said. “We have maintained law and order,” he continued, adding that “we have protected the rights of parents.”

The Governor then put the woke Left on notice, saying “we reject woke ideology” in Florida.

DeSantis vowed to continue fighting and said he will “never, ever surrender to the woke mob.”

“Florida is where woke goes to die,” he concluded.