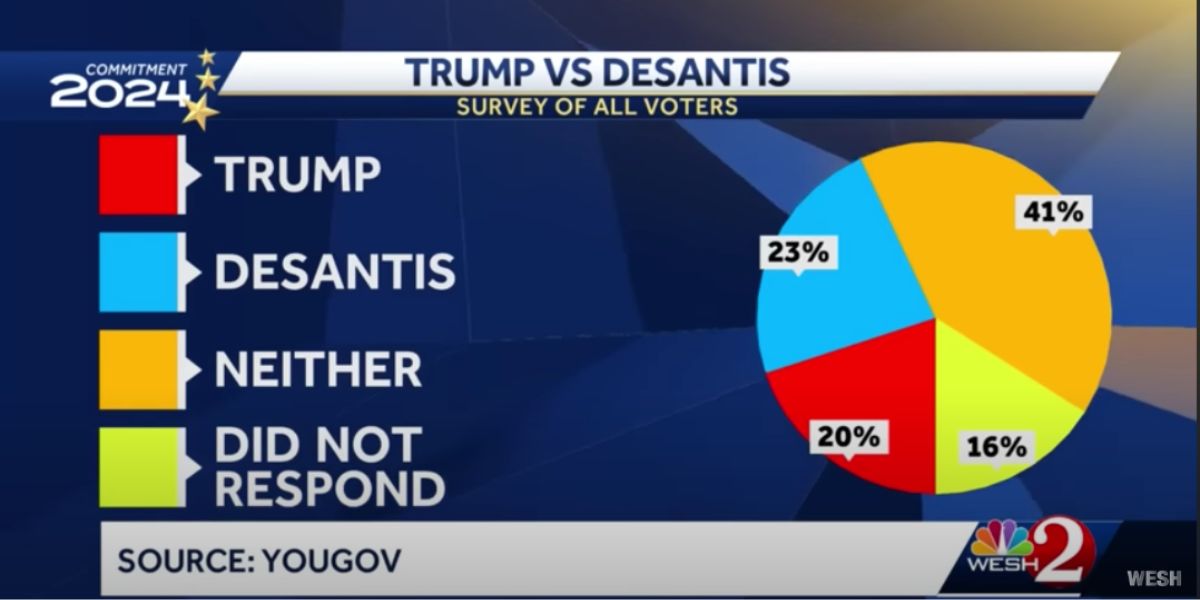 After his landslide re-election victory, many conservatives view Ron DeSantis as the future of the Republican Party.

And Ron DeSantis was surprised by the jaw-dropping results of this shocking new 2024 Presidential Primary poll.

Midterm elections have historically served as a referendum on the Party of the sitting President.

Heading into Election Day, Republicans expected a huge red wave to sweep Democrats out of power due to Joe Biden’s dismal approval ratings combined with his failures on the economy, inflation, crime, and the border crisis.

After all, the Party only needed to flip one seat in the Senate and five seats in the House to take back both chambers of Congress.

Of course, the red wave never materialized and Republicans failed to take the Senate and only managed to win a razor-thin majority in the House.

Now Republicans are searching around and looking for an answer to explain the Party’s disappointing performance in the recent Midterm elections.

Many blame Donald Trump for endorsing weak candidates and becoming too involved in an election that should have focused solely on Joe Biden’s failures.

The one bright spot of the Midterm elections occurred in Florida, where DeSantis crushed Charlie Crist by nearly 20 points and turned the Sunshine State solid red.

And according to the latest polls, Republican voters – at least those in Florida – appear ready to move on from Donald Trump and rally behind Governor Ron DeSantis.

A poll conducted in Florida after the elections by Sachs Media showed DeSantis beating Trump by 45 points, 66% to 21%.

“The poll from Sachs Media, whose polls correctly showed DeSantis winning re-election by double digits, found that respondents ‘trust’ DeSantis ‘more’ than Trump to ‘be a good role model for young people,’ 89% to 4%, ‘have a moral foundation for choices,’ 81% to 12%, ‘unite voters around a common cause,’ 76% to 19%, and ‘be respected by other world leaders,’ 68% to 26%,” The Daily Caller reported.

DeSantis beat Trump in every demographic that the poll measured except among Hispanic voters, as the two candidates were tied 37% to 37%.

“More Republicans and Republican-leaning Independents now say they’d prefer DeSantis (42%) as their 2024 presidential nominee over Trump than say they’d prefer Trump to DeSantis (35%),” the survey found. “That’s a reversal from nearly a month ago, when — according to a Yahoo News/YouGov poll of U.S. adults — just 35% preferred DeSantis and 45% said they preferred Trump.”

And as his popularity rises, more and more conservatives will be calling on him to run for President in 2024.