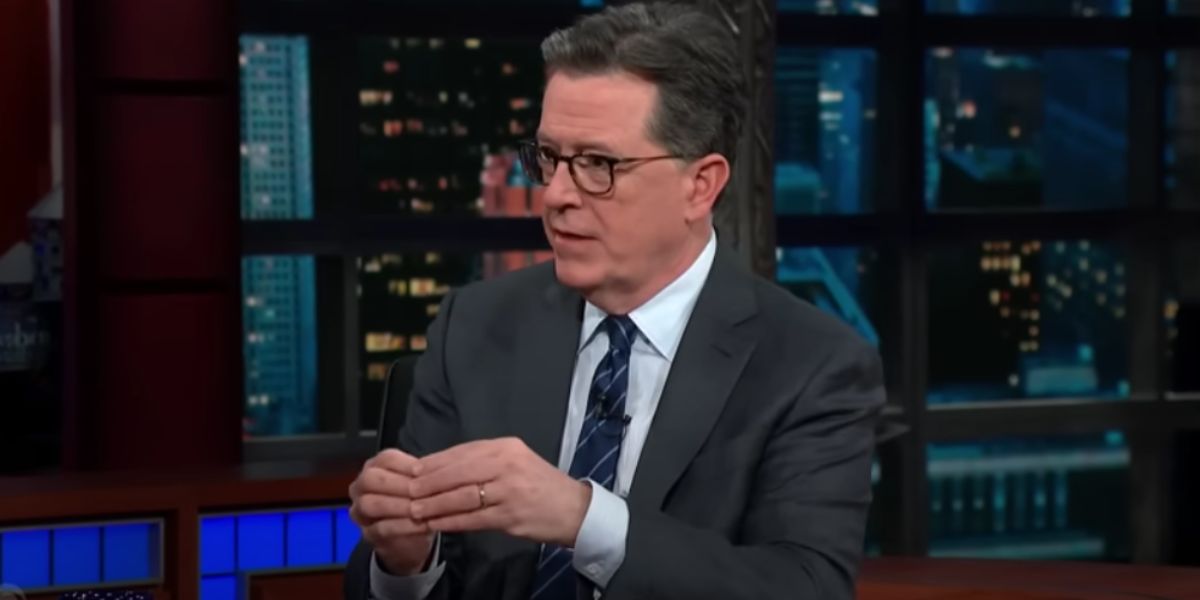 Ron DeSantis has yet to announce whether he will run for President in 2024.

But the radical Left is already going all-out to attack him every chance they get.

And Stephen Colbert’s tone-deaf attack on DeSantis shows how desperate the Left is to stop him.

Washed up leftist comedian Stephen Colbert, who hosts The Late Show, thinks he got some real zingers in on DeSantis recently.

But he really just showed how out-of-touch the Left, Hollywood elites, and the corporate-controlled media are with the American voters.

Colbert pointed to a story in POLITICO, which claimed that according to “GOP insiders” DeSantis “lacks charm.”

“Oh come on,” Colbert said in mock disbelief. “He’s got the smooth style of a nonplayable character in a PlayStation 2 game.”

Of course, your average NPC on old PlayStation games has more conversational ability than President Biden and better jokes than Stephen Colbert.

Colbert quoted another “GOP political leader” who told New York Magazine, “Ron is at his best on paper, Then you meet him and you say, ‘Oh, my gosh.’”

Colbert said, “It’s true, DeSantis is best on paper, specifically, that roll by the toilet.”

Colbert’s lame jokes aside, what’s really telling is the Left still thinks whether or not the GOP establishment finds a candidate “likable” is going to have any impact on the 2024 election.

The leftist rag Huffington Post even made the outrageous claim that Colbert “spotted the one key factor that could end the Florida Governor’s Presidential aspirations.”

It’s a sure bet that very few of the Republican establishment thought Donald Trump was “likable,” but that certainly didn’t stop him from sailing to the top of the primary field and defeating Hilary Clinton.

DeSantis gets things done and knows how to win.

As a result, he won reelection by 19 points in a swing state while running against a former Governor.

During his reelection campaign, he raised a record $200 million despite refusing to suck up to the establishment donor class.

Because of his no-nonsense approach and refusal to back down to the radical Left, millions of conservatives across the country like DeSantis, and that is what counts for 2024.