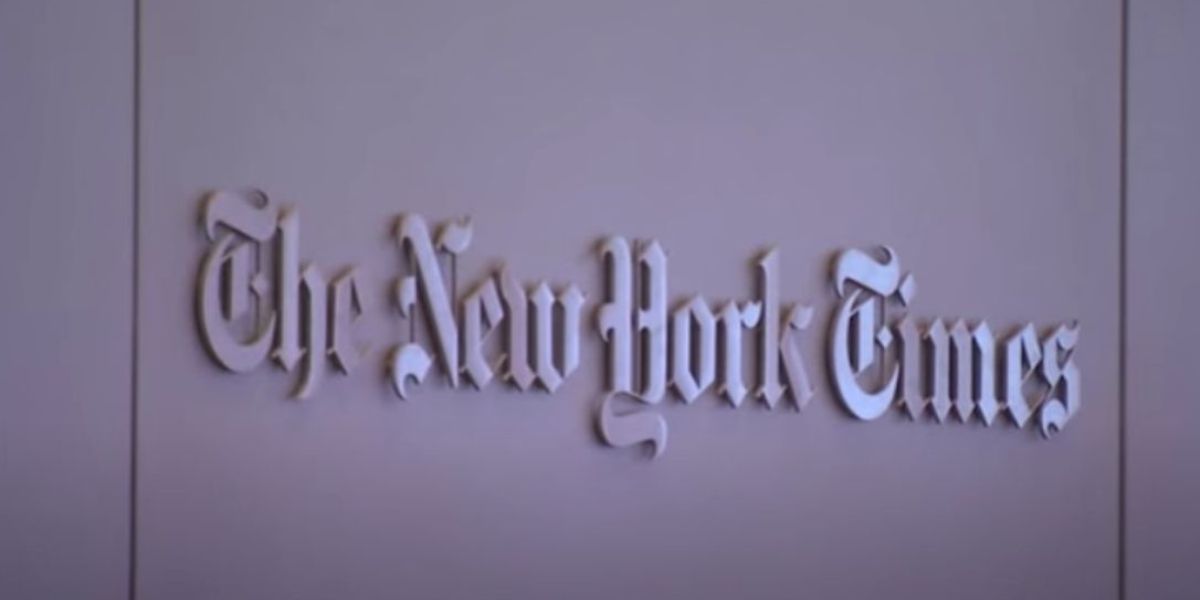 The Fake News Media is out to destroy Florida Governor Ron DeSantis.

Democrats are shaking in their boots about the prospect of facing DeSantis on the national stage.

There is nothing that Ron DeSantis has ever done that’s annoyed the corporate-controlled media more than when Ron DeSantis flew 50 illegal aliens to Martha’s Vineyard to call attention to Joe Biden’s open borders agenda.

DeSantis broke the cardinal rule of making fun of the Left so the press demanded payback.

The New York Times dispatched three reporters to investigate the story and track down “Perla” – the woman the illegal aliens said convinced them to board the plane to Martha’s Vineyard.

And The Times succeeded in identifying “Perla.”

Until now, little has been known about the woman whom migrants said identified herself only by her first name, “Perla,” when she solicited them to join the flights. A person briefed on the San Antonio sheriff’s office investigation into the matter told The New York Times that the person being looked at in connection with the operation is a woman named Perla Huerta.

Ms. Huerta, a former combat medic and counterintelligence agent, was discharged in August after two decades in the U.S. Army that included several deployments to Iraq and Afghanistan, according to military records.

A Venezuelan migrant who was working with Ms. Huerta to recruit migrants confirmed her identity, and a migrant in San Antonio whom Ms. Huerta had unsuccessfully sought to sign up identified a photo of her in an interview with The Times. Several of the migrants on Martha’s Vineyard photographed her during the recruitment process in San Antonio, according to Rachel Self, a lawyer representing the migrants. Lawyers working with them were able to match those photos with others online and in social media belonging to a woman named Perla Huerta.

After all that digging, they found out that DeSantis employs veterans.

Of course, The New York Times has not devoted this type of investigative firepower on the contents of Hunter Biden’s laptop, the truth about Joe Biden’s cognitive decline, or the Biden administration opening the border to millions of illegal aliens.

Imagine what The Times would turn up if they devoted that level of newsroom resources to those stories?

The answer to that question explains why The Times would never expend any time or talent on investigating Hunter Biden’s laptop, Joe Biden’s senility, or the crisis at the border.