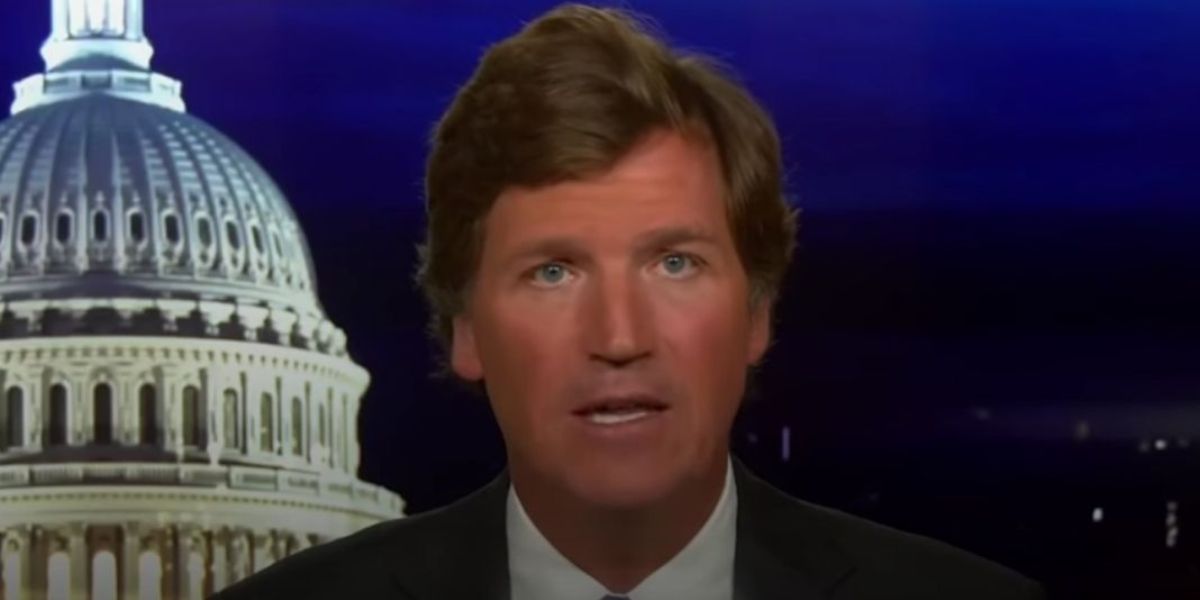 Republican voters are turning their attention to the 2024 Presidential race.

A showdown between Donald Trump and Ron DeSantis seems likely at this point.

And Tucker Carlson said four words about supporting Trump or DeSantis in 2024 that caught everyone by surprise.

Polls show Ron DeSantis is the frontrunner for the 2024 Republican nomination.

Although DeSantis refuses to engage in attacks against Donald Trump, Republican voters are expecting an eventual clash between the two powerhouses.

Over the weekend, the conservative group Turning Point USA held its AmericaFest 2022 event in Phoenix, Arizona.

On Saturday, Carlson, who is also very conservative, addressed the attendees at AmericaFest 2022.

When Carlson took questions after his speech, one audience member asked him about the 2024 Presidential race, specifically if he was planning to support Donald Trump or Ron DeSantis.

Carlson praised both Trump and DeSantis.

“I spend a lot of time in Florida, and I think Ron DeSantis has done an unbelievable job,” Carlson said. “I don’t know DeSantis that well, but let me put it this way, people move to Florida because he’s the Governor.”

Carlson added that he has never even lived in a state where “people knew who the Governor was,” but in Florida, people “love” DeSantis and he is very “impressed by that.”

But he also praised Trump, saying he is “so grateful” he ran in 2016 because he asked “questions no one around him could answer,” especially about the southern border and globalist trade deals.

“I actually love Donald Trump, as a guy,” he said. “He’s one of the funniest people I’ve ever talked to in my life.”

Carlson did offer criticism of Donald Trump, saying “I don’t think he’s that great at hiring.”

But he said “the idea that he’s like personally some monster is absurd” and is “just another lie.”

“Trump is totally charming and engaging and fun and interesting,” Carlson added.

As for who he supports between the two, Carlson left that up in the air.

“Let’s be honest,” Carlson said. “Who cares what I think?”

“I’m not endorsing anybody,” he continued, before adding that “I have no idea what’s going to happen in the Republican Primary.”

Carlson said there’s no doubt that the “two forces are moving toward one another at high speed,” asking “how could that go well?”

He called the 2024 race “a cliffhanger” for Republicans anticipating the battle.